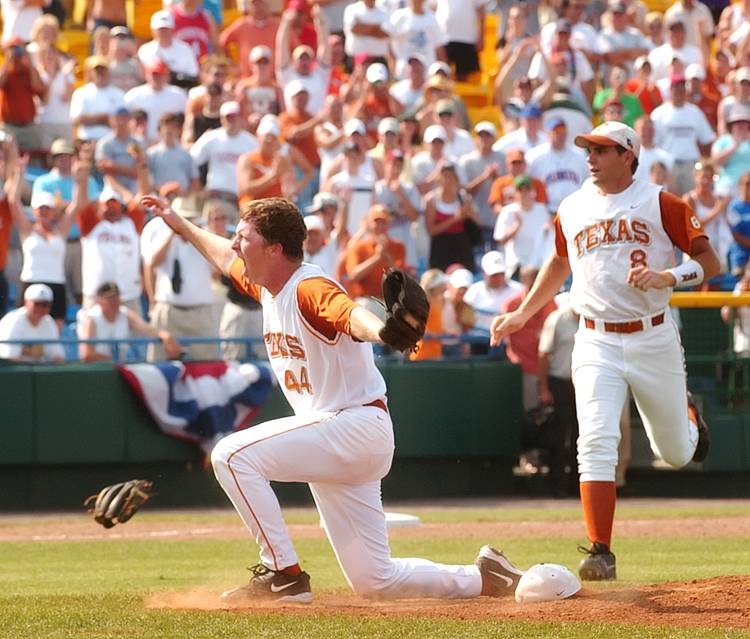 Football stars Derrick Dockery, Michael Griffin and Justin Blalock and suffocating closer J. Brent Cox are among the 15 former Texas athletes that will be inducted into the UT Hall of Honor.

The T-Association, the organization for former letter winners, announced the entire class of 2018 on Wednesday. The induction banquet is scheduled for 6 p.m. at Sept. 7 at the AT&T Hotel and Conference Center on campus.

A versatile offensive lineman, Dockery was a first-team All-American in 2002 and helped the Longhorns compile a 40-12 record during his career from 1999-2002. Safety Michael Griffin and offensive lineman Justin Blalock both helped Texas win the 2005 national title.

Cox helped the Longhorns make three College World Series appearances and the team won it all in 2005. He had 19 saves that season to become one of the most dominant relievers in UT history.

Other athletes on the list may not be quite as well known by fans, but their contributions were gigantic:

Robertson has been the program’s equipment manager for 20 bowl games and saw the program though its glory days under coach Mack Brown.

Texas history: The 5 coaching staffs of Longhorn football to remember