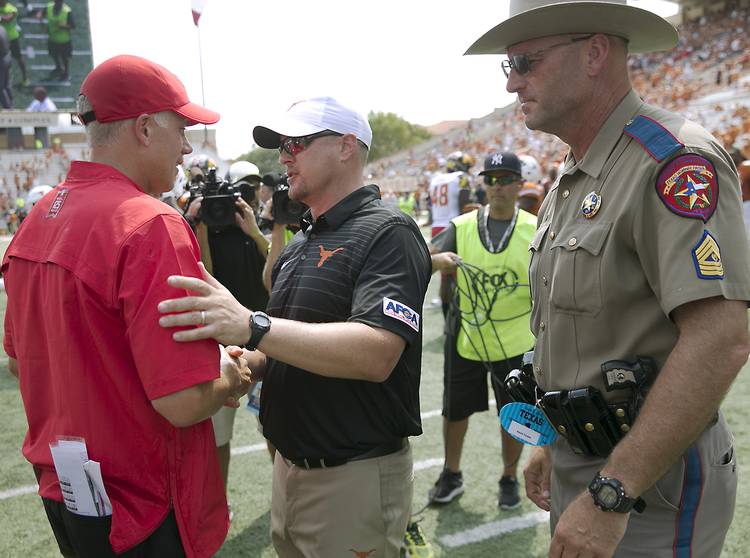 With three weeks left before its season opener against Texas, Maryland announced on Saturday that head football coach DJ Durkin has been placed on administrative leave.

The Washington Post reported that offensive coordinator Matt Canada will serve as the Terrapins’ interim coach. Texas is set to meet Maryland at FedEx Field in Landover, Md., on Sept. 1.

In a letter posted on the athletic department’s website, athletic director Damon Evans wrote that “At this time, the best decision for our football program is to place Maryland Head Football Coach DJ Durkin on leave so we can properly review the culture of the program. This is effective immediately.”

Earlier this weekend, ESPN published a detailed story that chronicled problems within the Maryland football program. The report focused on the team’s strength and conditioning program. Offensive lineman Jordan McNair died this summer after he suffered heatstroke in an off-season workout, and Maryland is conducting an external review into the 19-year-old’s death.

The ESPN article accuses Maryland coaches of bullying and using intimidation tactics with their players. In the report, one former player is quoted as saying “The way they coach us at Maryland, tough love — it’s really more tough than it is love.”

Durkin is entering his third season as Maryland’s head coach. One of his 10 victories was last season’s 51-41 upset of Texas in Austin.