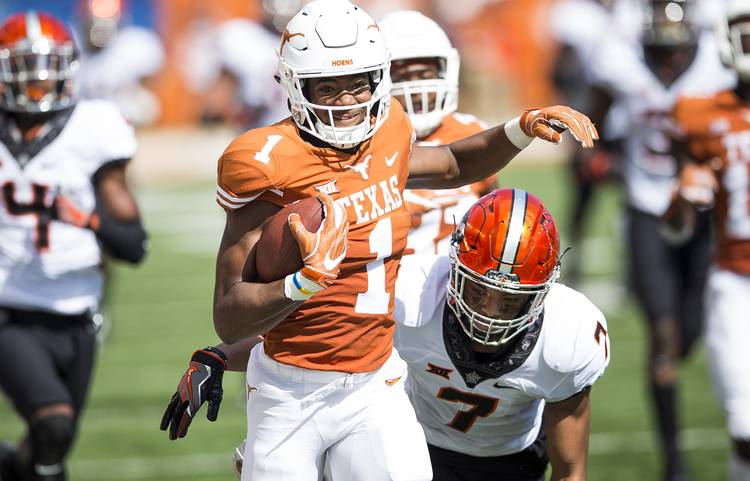 Texas will be without one of its fastest players when it takes the field against Maryland on Saturday.

The school confirmed that wide receiver John Burt will miss the season opener with a foot injury he has been battling for several weeks.

Freshman linebacker Ayodele Adeoye and freshman defensive back DeMarvion Overshown will both miss the game with knee injuries.