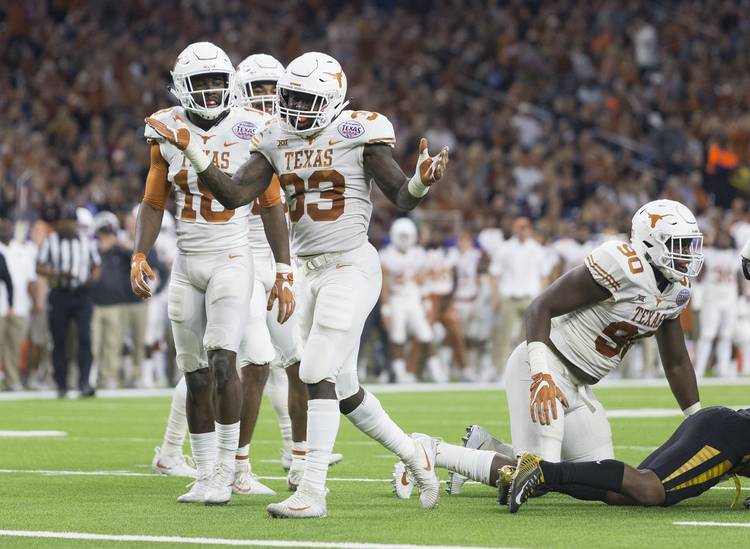 On Twitter, Texas linebacker Gary Johnson identifies himself as “I Hate QB’s and RB’s.”

He took that mantra a little too far in the Longhorns’ season opener against Maryland, delivering a blow to Terrapins quarterback Kasim Bell that got him ejected.

RELATED: Texas LB Gary Johnson sparking unit that likes to ‘light into people, over and over again’

Johnson connected on a helmet-to-helmet hit with Hill, who was already sliding to give himself up on the play. The Longhorns linebacker was flagged for targeting, a call that was upheld after review.

FOLLOW LIVE: Texas tangles with the Terps in Maryland to open the 2018 season

How can things get worse for Texas? LB Gary Johnson is about to get ejected for targeting. The Longhorns are already playing without LB Anthony Wheeler, who is serving a one-half suspension for a targeting ejection in 2017. #HookEm