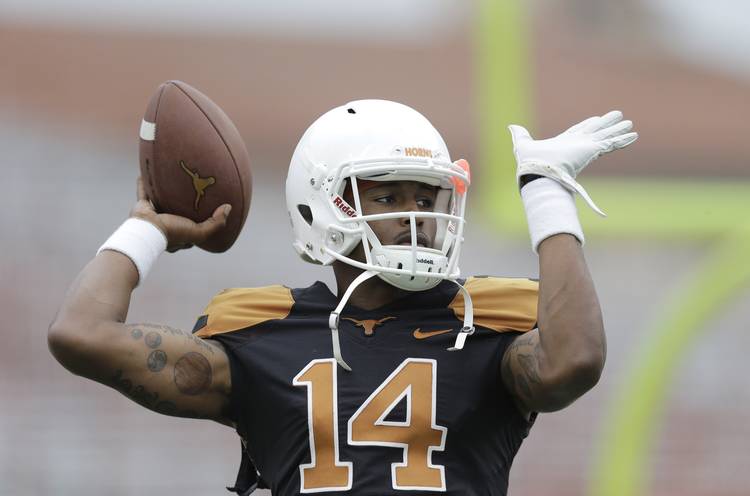 Over two years after he switched positions at Texas, Kai Locksley is reportedly set to start at quarterback when UTEP plays at UNLV this weekend.

A junior, Locksley transferred to UTEP this season after being named the 2017 NJCAA Offensive Player of the Year while playing at Iowa Western Community College. Locksley was a four-star recruit when he signed with Texas in 2015. He, however, was eventually moved to receiver and he left the program during the 2016 season having never played a snap for the Longhorns.

UTEP started Ryan Metz started in a 30-10 loss to Northern Arizona on Sept. 1. Metz completed two of his five attempts and was replaced in the first quarter. Locksley was 13-of-26 for 120 yards and an interception, but his 50 rushing yards led the Miners.

Dave Campbell’s Texas Football reported UTEP coach Dana Dimel as saying “You saw some of the things he could bring to the table with his athleticism. He’s an intelligent player and he’s got a good skill-set.”

Locksley was not the only ex-UT quarterback who appeared in another uniform last weekend. Josh Covey, a former walk-on who was Texas’ third-string quarterback in 2017, completed three passes and ran five times in Stephen F. Austin’s blowout loss to No. 18 Mississippi State.

Ahead of its debut at home, No. 6 Texas slips four spots in a national poll