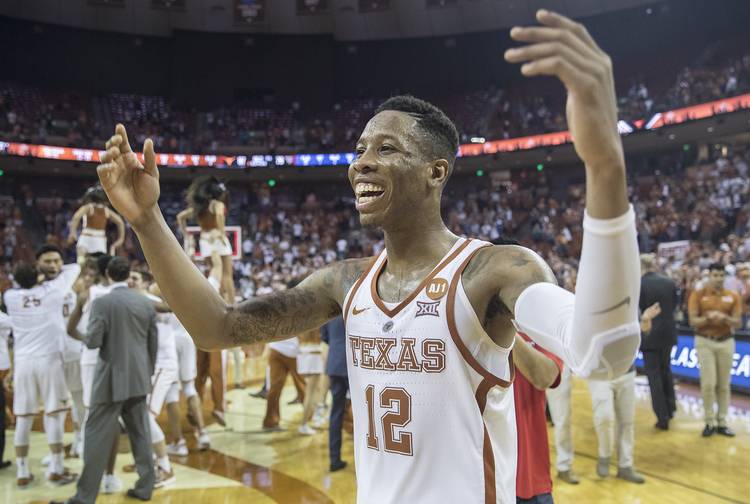 The Texas men’s basketball team will play three of its first five Big 12 games on the road in January including a stop at Kanas on Jan. 14, according to the scheduled released on Wednesday.

Coach Shaka Smart’s club opens league play at Kansas State on Jan. 2 and will then return to Austin for the home opener against West Virginia on Jan. 5.

All 18 conference games will be televised nationally. The Longhorns will have two appearances on ESPN’s “Big Monday” telecast this season, including the trip to Allen Fieldhouse and a trip to Lubbock to face Texas Tech on March 4.

The Big 12 schedule features 18 games in round-robin format. All teams play each other twice. Texas won’t have back-to-back home games until mid-February against Kansas State (Feb. 12) and Oklahoma State (Feb. 16).

The non-conference portion of the Texas basketball schedule had been released previously. UT opens the season Nov. 6 against Eastern Illinois.

Golden: It would make no sense for Tom Herman to bench starting QB Sam Ehlinger