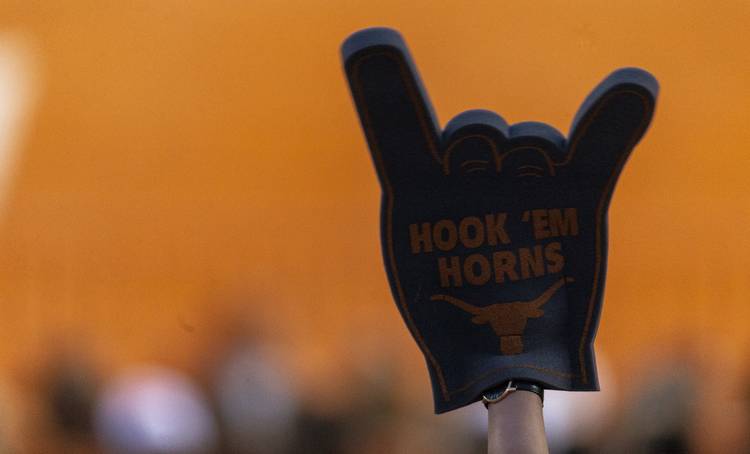 Texas just got its first win of the season, but the Longhorns didn’t exactly impress their loyal fans.

After a 28-21 victory over Tulsa in the home opener, fans left Royal-Memorial stadium with a mixture of feeling relief and frustration. But they still had a good time.

In addition to the pregame tailgates, Longhorns fans had a new tradition to check out in Bevo Boulevard — complete with a street parade, live music and autograph sessions. Check out all the sights and sounds of Longhorn game days, brought to you by … you.

Relive the evening in reverse, all the way back to pregame, through the social media feeds of the burnt orange faithful who filled the stands. (And make sure to check out the Longhorn Band tribute to Selena.)

RELATED: What Tom Herman said after Texas held on to beat Tulsa 28-21

Honest hot mic moment on the Longhorn Network at the end of #HookEm’s seven-point win over Tulsa:

“Can we agree, though, that this sucked?” pic.twitter.com/LhBlEgI3cE

Well, that’s a win, I guess. Go Horns. Yay. I don’t know what to do with my hands. #hookem

That crap ain’t Texas football, not the kind we used to see in early 2000s. pic.twitter.com/cIAtoDsONG

So glad I got to watch @TexasFootball take the first win of the season at DKR #HookEmHorns pic.twitter.com/2TnhU35164

TEXAS GOING FULL TEXAS BECAUSE WHY NOT #hookem pic.twitter.com/LxziItTFGA

As someone who physically sat through the rain delay last week in Maryland I hate to do this, but uhhh I CAN SEE LIGHTNING FROM DKR RIGHT NOW ⚡️⚡️⚡️

OK, now it's a touchdown Tulsa. Brooks punches it in from the 1 after replay denied the Hurricane on the previous play. Texas 21-14. Now how bad does those missed FGs look?

The #Longhorns fans that are leaving right now piss me off. These kids need all the support they can get.

They just fired the cannon after Texas kept Tulsa out of the end zone on 3rd & Goal. I think they thought the kicker was coming out.

The Golden Hurricane went for it on 4th & Goal and didn’t get it. The cannon just went off again.

So LHB is playing a Selena show and I’ve never been more proud. #hookem pic.twitter.com/U9KICKHYxA

Bruh. The Longhorn Band got a "latin-inspired" halftime show and they got Selena on the jumbotron. This is a monumental day for Tejanos & Mexicans worldwide. #HookEm pic.twitter.com/ID7JVZVczF

Over 3 decades watching Horns in Memorial Stadium with this guy! #Longhorns #Brothers pic.twitter.com/Rq7HRUQT1I

What collegiate football team has the worst kicker ever?? Gimme a “T”…

So proud of @UTAustin students showing up and being loud at this @TexasFootball game. Been a while since I’ve seen them out in such numbers and with this level of energy. As an alumna & Lifetime member of @TexasExes, I’m happy to have them back. #HookEm

me as I'm getting these alerts that the Longhorns have scored two touchdowns in the 1st quarter. #HookEm 🤘#TexasLonghorns pic.twitter.com/Ar9tGnrs0Y

Ingram with the nice cut and run to the end zone. Longhorns up 14-0. Texas fans: you may now switch from nervous drinking to cautiously optimistic drinking. #hookem

Not a better place to spend a Saturday! #HookEm #ThisIsTexas #Longhorns 🤘🏽😎👦🏻🏟🏈 pic.twitter.com/OITbbBkCdr

Beautiful throw from Ehlinger to LJ @LJ_Humphrey23 sets up a one-yard TD run from the QB. #Horns up early. #hookem

Getting ready for @texasfootball’s home opener with @TexasCowboysATX on the new BEVO Blvd. Horns up! pic.twitter.com/n5CkqhuT8r

My cup runneth over…..SO 😊 & Blessed to be here cheering these 2 on🖤🧡🏈🖤🧡!!!! For once I’m speechless & was ugly crying for a good while😭🤗 #Hookem #WENextLevel #WorkingToBeTheBest pic.twitter.com/KmMOrR09fM

Today will be my first college game and I managed to get front row. I'm too hype and excited for this. Hook'em! #ThisIsTexas pic.twitter.com/4QRX7TD9Vq

The rain won’t keep me away from watching my Horns! #HookEm @goofyrunner22 pic.twitter.com/CqA1i58EIX