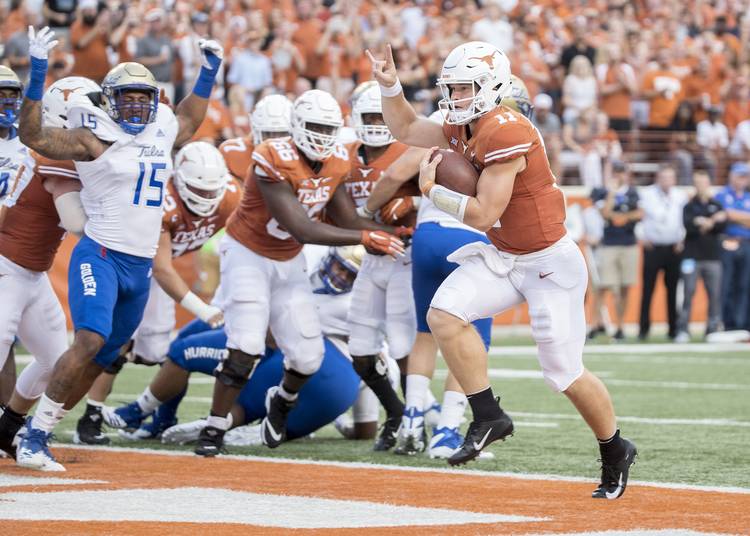 Texas quarterback Sam Ehlinger (11) runs into the end zone for a first-quarter score against Tulsa at Royal-Memorial Stadium on Sept. 8, 2018. RICARDO B. BRAZZIELL / AMERICAN-STATESMAN

As far as first impressions go, Caden Sterns could not have done much better in his first home game as a Longhorn.

The touchdown was set up by a 36-yard pass from Ehlinger to Lil’Jordan Humphrey.

In case y'all missed THIS catch. @LonghornNetwork has you covered 🤘 pic.twitter.com/OyLNmmGrXR