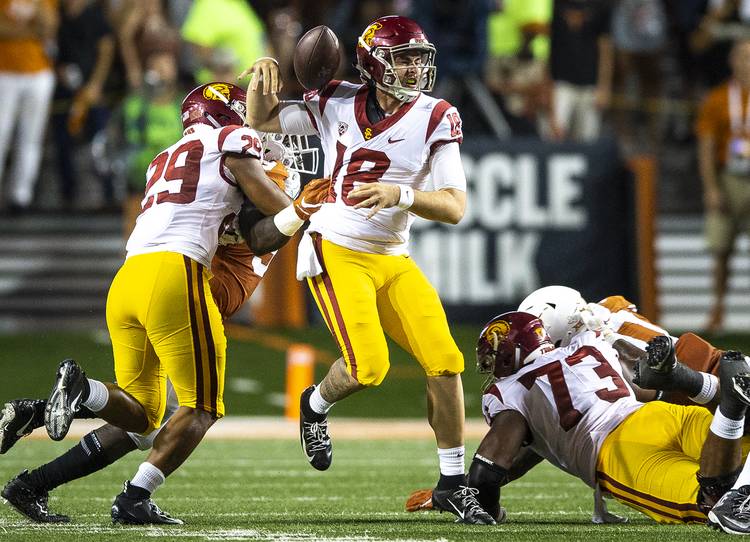 After finding a home in USC’s backfield, Texas senior linebacker Gary Johnson was named the Big 12’s defensive player of the week on Monday.

This is the first time this season that the Big 12 has given one of its weekly awards to a Longhorn. Johnson, who transferred to Texas from Dodge City Community College ahead of his junior year, was honored once during the 2017 season.

In UT’s 37-14 win over USC on Saturday, Johnson compiled six tackles and a forced fumble. Four of Johnson’s stops were compiled behind the line of scrimmage. He also recorded a sack of Trojan quarterback JT Daniels.

As a team, Texas held USC to -5 rushing yards.

Texas (2-1) will open Big 12 play against TCU on Saturday. With 237.0 yards per game, the Horned Frogs rank 37th nationally in rushing offense.

With history not on its side, Texas set to travel to Kansas State for a Saturday matinee