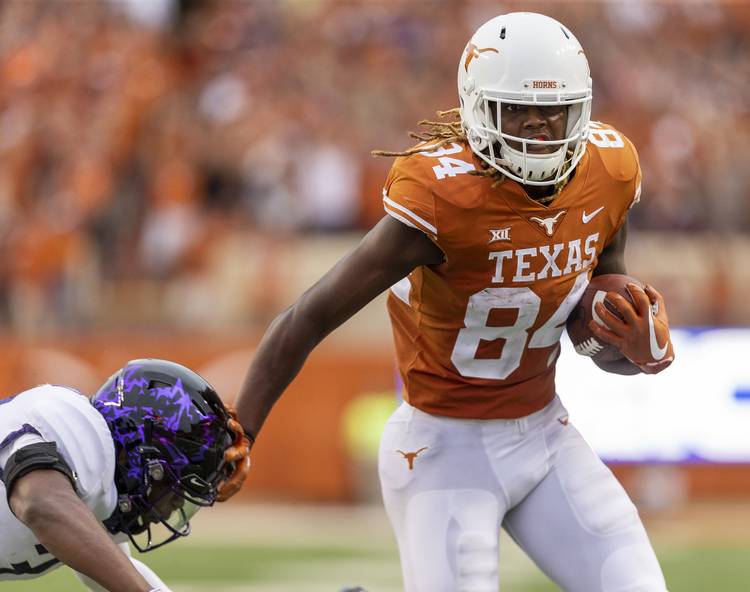 Texas wide receiver Lil'Jordan Humphrey (84) scores a touchdown past a TCU defender in the second half of a Big 12 Conference football game at Royal-Memorial Stadium, Saturday, Sept. 22, 2018. (Stephen Spillman / for American-Statesman)

The Longhorns junior blew past several defenders and stiff-armed a Horned Frog on his way into the end zone late in the fourth quarter. His 38-yard score sealed victory for Texas over No. 17-ranked TCU.

Quarterback Sam Ehlinger did a nice job buying time on the play, too, stepping back in the pocket to deliver an inch-perfect pass to Humphrey.

Don’t look now, but the Texas football program is coming back to life before your very eyes.

What Tom Herman said after Texas raced past No. 17-ranked TCU