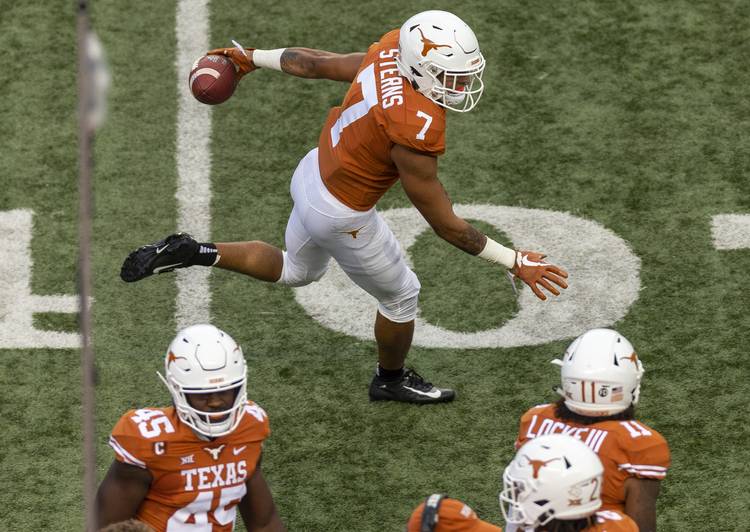 Though only a freshman, Caden Sterns is already drawing those types of comparisons. Especially when he makes plays his interception during the second quarter against TCU.

Sterns sniffed out a trick play and covered about 30 yards to snag a pass thrown by Horned Frogs wide receiver KaVontae Turpin. It was the second interception of the season for the Cibilo Steele product.

Horned Frogs tried one pass too many as Caden Sterns made a fantastic interception. #HookEm #GoFrogs pic.twitter.com/eu3ljMQFLj

As for those comparisons? The interception prompted this tweet from Longhorn Network analyst Emmanuel Acho, who knows a thing or two about what greatness looks like on the 40 Acres.