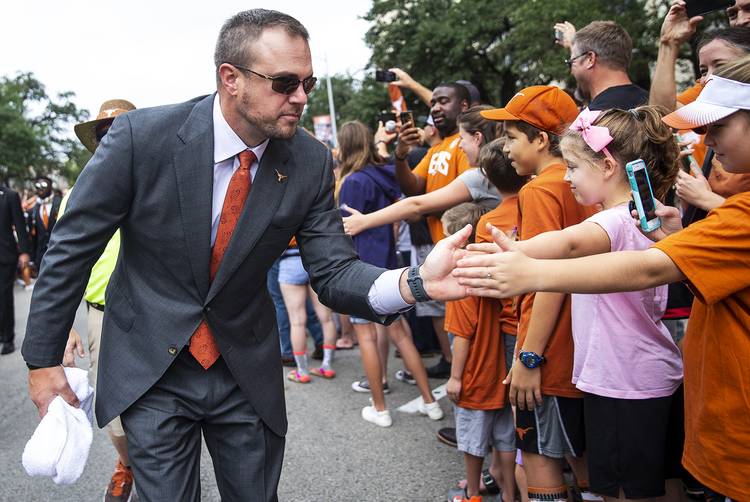 Texas coach Tom Herman downplayed the 18th-ranked Longhorns’ first three-game winning streak since 2014 and looked ahead to the upcoming trip to Kansas State.

Tom Herman: Thoughts on Ehlinger’s progress, going for it on fourth-and-1, and why it’s so hard to win in Manhattan