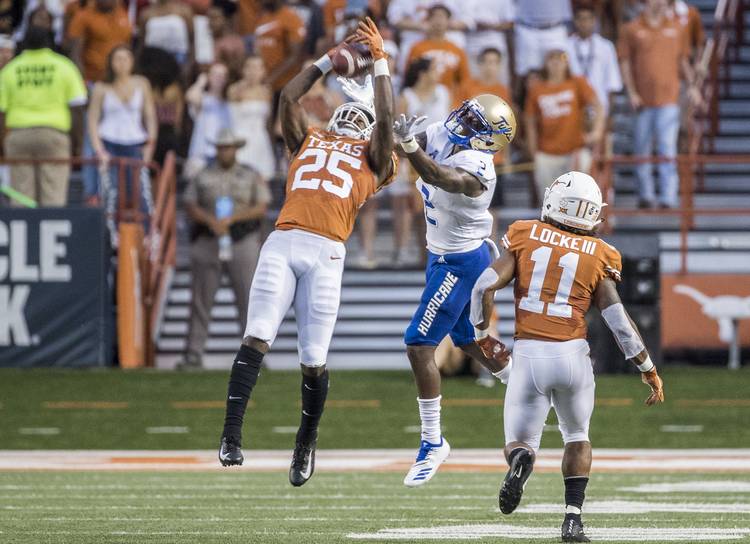 According to the Texas coach, Foster was injured on Wednesday. Foster has yet to start this season but has appeared in all four of UT’s games.

A true freshman, the 6-2, 210-pound Foster was a five-star signee out of Angleton. Foster has recorded three tackles, and he intercepted a pass in a 28-21 win over Tulsa on Sept. 8. Foster is also one of two Longhorns who have been ejected for a targeting penalty this season.

In other injury news, Herman expects to have center Zach Shackelford (foot) and running back Keaontay Ingram (hip) available on Saturday. Freshman receiver Brennan Eagles will travel and be a game-time injury after missing last week’s game against TCU with ailing hamstring. Defensive back DeMarvion Overshown (knee) is cleared to make his collegiate debut and, according to Herman, “he’ll play on a bunch of special teams.”

Also, Texas OL Patrick Hudson (heat illness) is still going through the return-to-play protocol. He has not been fully cleared to return to practice, per Herman.