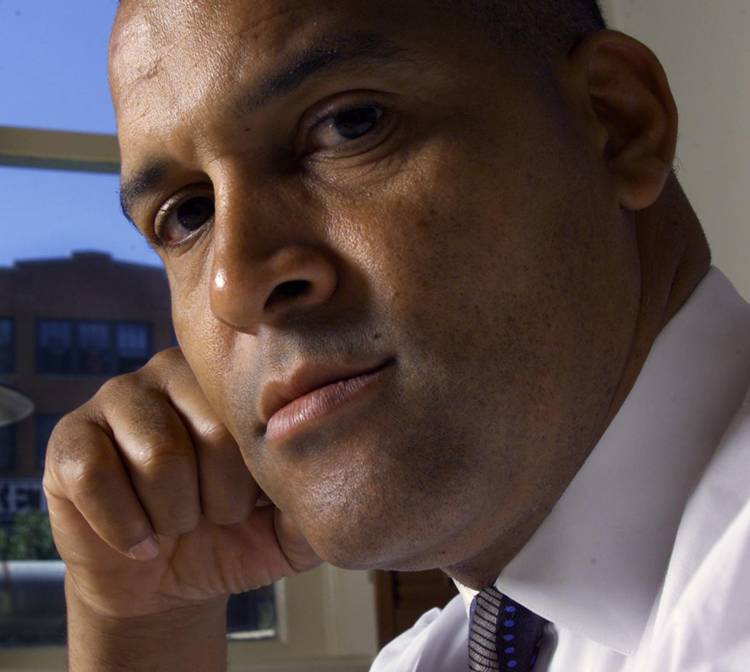 In this 1999 file photo, former Texas football player Julius Whittier poses in his Dallas office. Whittier played under Darrell Royal in the 70's and was one of the first black football players at Texas. He passed away this week at age 68. (Michael Mulvey/The Dallas Morning News)

Julius Whittier, the first African-American to letter on the Texas football team, passed away on Tuesday.

Texas announced Whittier’s death on Thursday. He was 68.

Raised in San Antonio, Whittier was an offensive lineman on UT’s 1970 and 1971 teams. He moved to tight end in 1972, and one of his four catches resulted in a touchdown. A three-time Southwest Conference champion with Whittier, Texas won a national title in 1970.

E.A. Curry and Leon O’Neal integrated the Texas football program ahead of Whittier’s arrival in 1969. Freshmen, however, were not allowed to play on the varsity level and neither Curry or O’Neal lasted past their first years. Whittier appeared in UT’s 1970 opener against Cal.

In 2005, Whittier told the American-Statesman that he didn’t view himself as a pioneer. “The larger world opened up to me,” Whittier said of his time at Texas.

Former teammate and roommate Billy Dale, though, said Whittier “opened up a bunch of horizons for me, too. He helped me look at the world from a different dimension, and I’ll always respect him for that.”

Whittier was inducted into the Texas Men’s Athletics Hall of Honor in 2013. After graduating from Texas, he worked as a senior prosecutor in the Dallas County District Attorney’s office. Whittier was diagnosed with early onset Alzheimer’s disease in his later years, and his sister filed a federal lawsuit against the NCAA on his behalf in 2014.