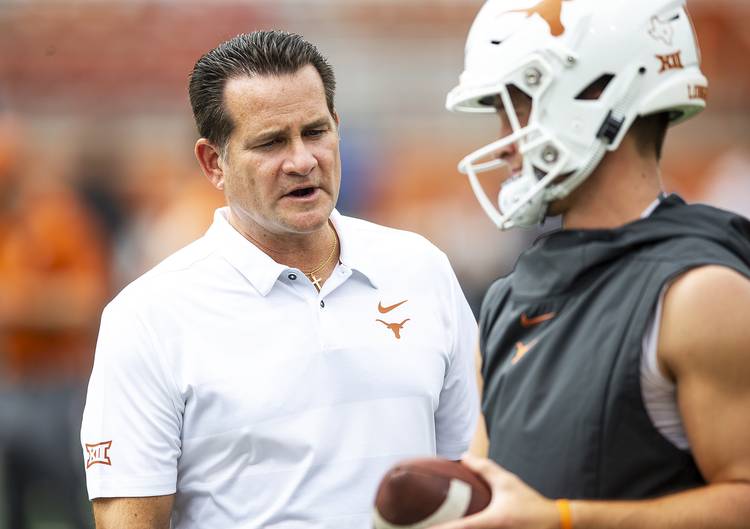 Texas offensive coordinator Tim Beck will not join the Longhorns for this weekend’s game at Kansas State, the school announced on Friday.

In a statement released by UT, Texas trainer Anthony Pass said that Beck is currently being treated for an infection in a hospital. He is expected to return to the team by Sunday.

“It’s unfortunate that Tim will not be able to be at the game with us, and we wish him a speedy recovery,” UT coach Tom Herman said in the statement. “We’ll pull together as coaches, and our offensive staff will call plays collaboratively.”

In Beck’s second year at Texas, the Longhorns are averaging 31.3 points per game. Beck is also responsible for coaching the Texas quarterbacks.