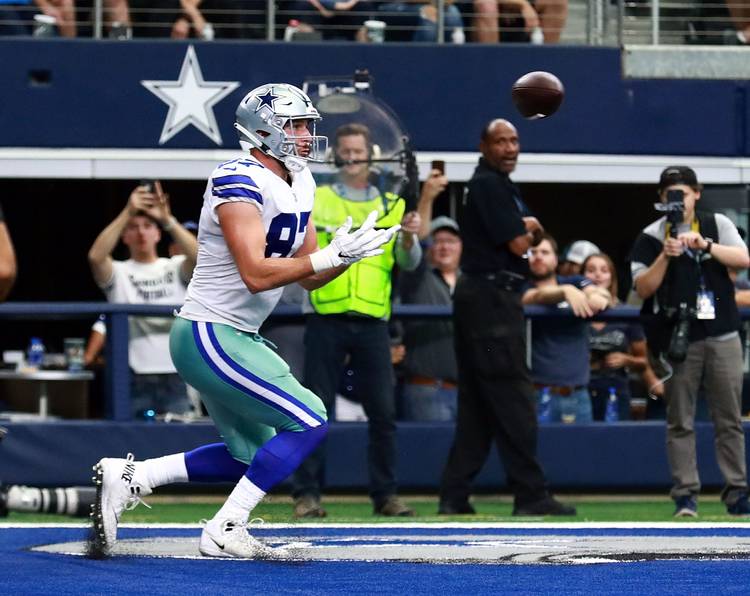 ARLINGTON, TX - SEPTEMBER 30: Geoff Swaim #87 of the Dallas Cowboys catches a touchdown pass against the Detroit Lions in the third quarter of a game at AT&T Stadium on September 30, 2018 in Arlington, Texas. (Photo by Tom Pennington/Getty Images)

ARLINGTON — Geoff Swaim’s not sure what he’s going to do with the football. But he knows he’s not giving it back.

And why wouldn’t he want the keepsake after the Dallas Cowboys tight end scored for the first time in his 32-game NFL career.