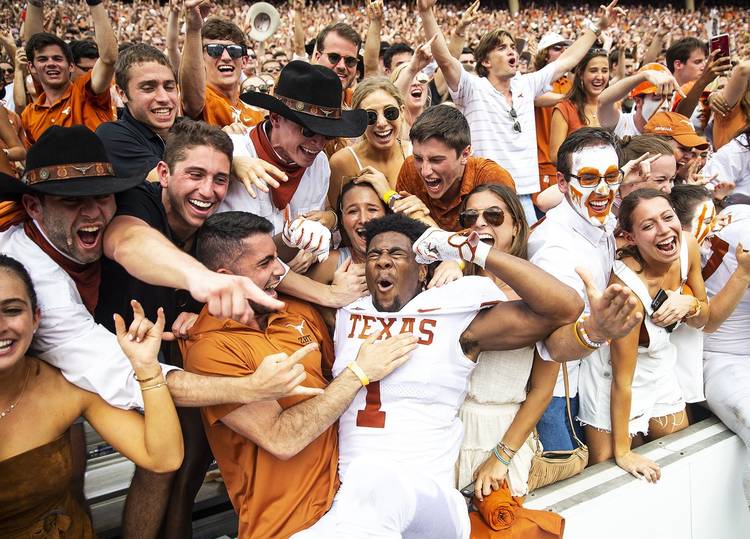 Texas wide receiver John Burt (1) celebrates with fans following a 48-45 win over Oklahoma at the Cotton Bowl in Dallas on Oct. 6, 2018. [NICK WAGNER/AMERICAN-STATESMAN]

For the first time since the fourth week of the 2010 season, Texas is ranked among the top ten football teams in the nation.

Texas climbed to the No. 9 spot in the Associated Press’ football poll on Sunday. Ranked 19th last week, Texas received 956 points in a poll that Alabama tops with 1,522 points. No. 6 West Virginia (1,174 points) is the only Big 12 team ranked higher than Texas.

Texas (5-1) earned a 48-45 win over Oklahoma on Saturday. The Sooners were ranked seventh last week but tumbled to the 11th slot in this week’s rankings. The win over Oklahoma was UT’s third over a ranked opponent this season.

The Longhorns have won five straight games and will host Baylor (4-2) this upcoming Saturday. The ESPN-televised game has a scheduled start time of 2:30 p.m.