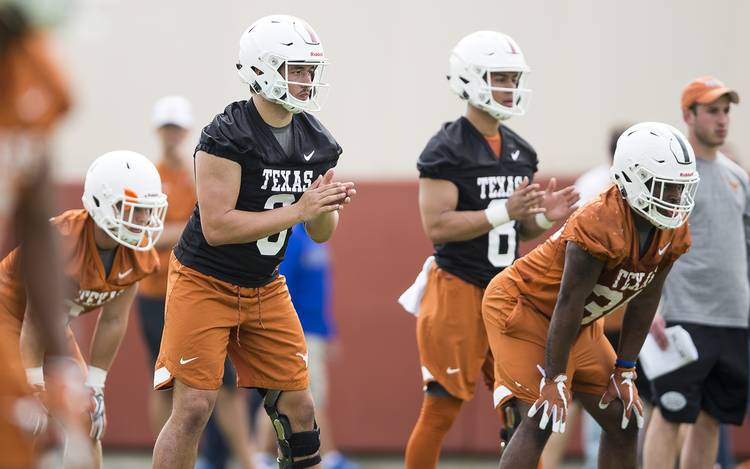 Texas coach Tom Herman said after Saturday’s 23-17 win over Baylor that he did not consider playing quarterback Cameron Rising, a four-star freshman from California.

Junior Shane Buechele quarterbacked the Longhorns after starter Sam Ehlinger injured his shoulder on the game’s first drive. Buechele completed 20 of the 34 passes he threw against the Bears. He compiled 184 passing yards, one touchdown and one interception. Buechele has started 19 times in his career and he also beat Baylor in 2016 and 2017.

Read more: In need of relief, Texas went to Plan B — and B is for Buechele

Advertisement
For a while, Rising’s role did change on Saturday. As Ehlinger was being examined in the locker room, Rising inherited Buechele’s duties as the primary back-up quarterback. That meant getting on a headset and communicating with offensive coordinator Tim Beck, who is stationed in the press box during games.

Herman told reporters that Rising initially had to ask about his new responsibilities. Ehlinger returned to the sideline at the end of the first quarter and took over on the headset, but Herman said that “Cameron was great once we told him what to do because he’d never done it before, but he did a great job with it.”

“(Rising is) always there by my side whenever I was in that position, so he knows everything he can do,” Buechele said. “Whenever he got on the headset and then Sam got on the headset, those two are very smart guys and they helped me a lot today.”

Neither Rising or fellow freshman quarterback Casey Thompson have played this season. Eligible players can play in up to four games without burning their redshirt seasons. This past week, Texas coaches praised Rising and Thompson’s play on the scout team this fall.