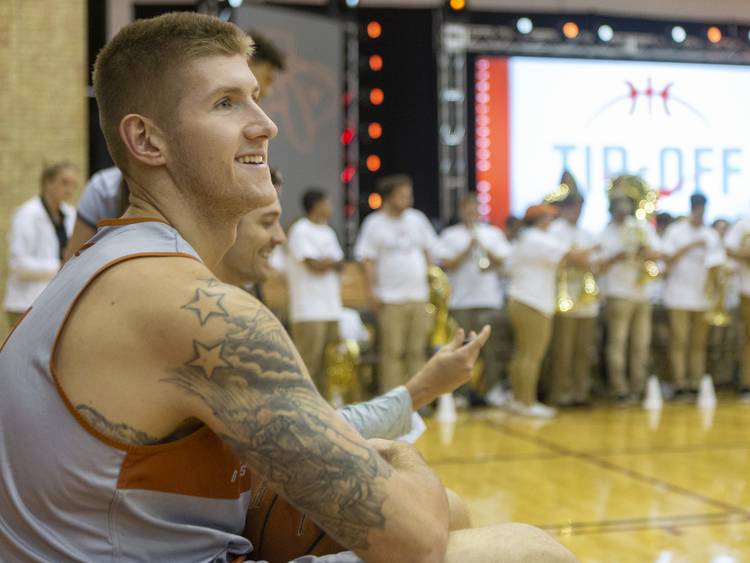 Texas and TCU were tied for fourth place in the Big 12 men’s preseason basketball poll, the league announced Friday. Both received 54 votes in the poll among the league’s coaches.

The Longhorns were 19-15 last season with future first-round pick Mo Bamba. This year’s team doesn’t have a true one-and-done NBA prospect, but that hasn’t deterred coach Shaka Smart and his charges.

Guards Kerwin Roach II and Matt Coleman with forwards Jericho Sims and Dylan Osetkowski are all veterans and likely to take four spots in the starting lineup. Texas has a slew of talented freshmen joining the fray, including 6-foot-11 Jaxson Hayes and 6-foot-3 Courtney Ramey.

Kansas was the unanimous No. 1 pick to win the league title. The Jayhawks have won 14 consecutive Big 12 regular-season basketball championships. Coaches are not allowed to vote for their own team, so Kansas coach Bill Self voted for Kansas State.