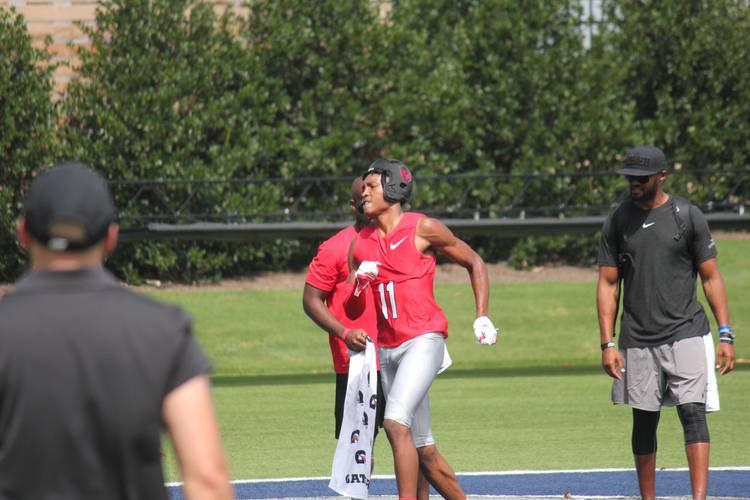 Four-star wide receiver Marcus Washington (Trinity Catholic, Mo.) became Texas’ 20th commitment of Texas’ 2019 class on Friday night. The 6-foot-2, 191-pound playmaker held 36 offers and picked the Longhorns over programs like Ohio State, Nebraska and Missouri. Washington is an outside receiver who participated at The Opening Finals in Frisco over the summer.

Washington is the fourth four-star wide receiver to pick Texas in the 2019 class, joining Jake Smith, Demariyon Houston and Jordan Whittington. Washington is the tallest of the bunch. Recent commit Peyton Powell plays quarterback at Odessa Permian and he could also end up transitioning to wide receiver when he reaches campus.

Washington is the third-ranked prospect from Missouri and the 202nd-best prospect in the 2019 class, per 247Sports Composite. He’s ranked as the 32nd-best wide receiver in the country. Texas emerged as the leader for Washington after he took an official visit to Austin on Sept. 15.