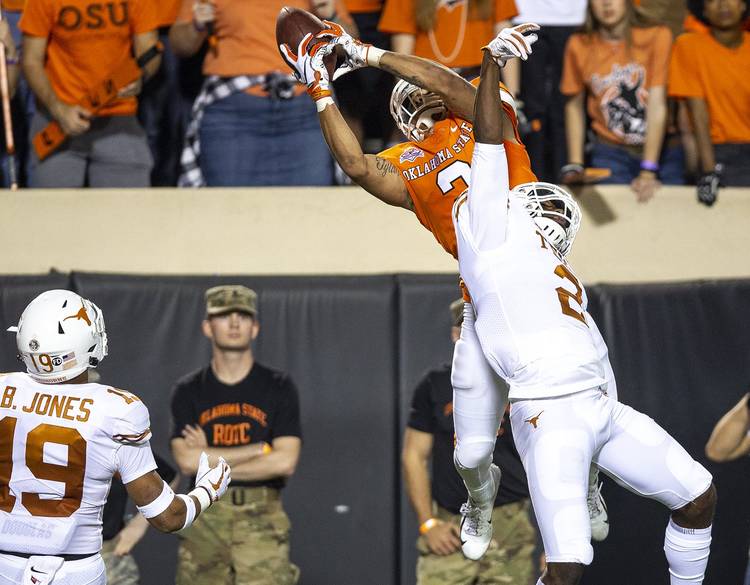 In a pointed message on Instagram, Boyd wrote, “@themanacho keep running your (expletive) mouth. Don’t show up around this facility. You was warned at practice…Running your mouth further than your football career took you…

“You a outsider just like everybody else. UT Football has no affiliation with you.”

Boyd and Davis were both suspended for the first quarter of Saturday’s game against Oklahoma State. Coach Tom Herman said those two players, along with receiver Lil’Jordan Humphrey, were late to team functions.

When Boyd and Davis went into the game, Texas trailed 17-7 and the defense had allowed 260 total yards in the first quarter. Boyd finished the game with four tackles and struggled at times in pass coverage. He mistimed his jump on a deep ball that allowed Tylan Wallace to haul in a 36-yard touchdown pass. Davis was not credited with any tackles.

“There’s a direct correlation between those players being benched and how bad Texas performed,” Acho said in a Twitter video posted early Sunday. He later said, “Kris Boyd did not play a great game at all.”

Boyd hasn’t been afraid to talk about his confidence. On Oct. 16, Boyd was asked what he learned about himself in the first half of the season. “Um… I’m good,” he said without hesitation. Both Boyd and freshman Caden Sterns were named Jim Thorpe Award semifinalists.

This is for everybody coming at my neck about my comments re: Herman benching 2 seniors for a quarter. Since I can’t respond to all of you: #Texas #Hookem pic.twitter.com/cMhdRgEQE6