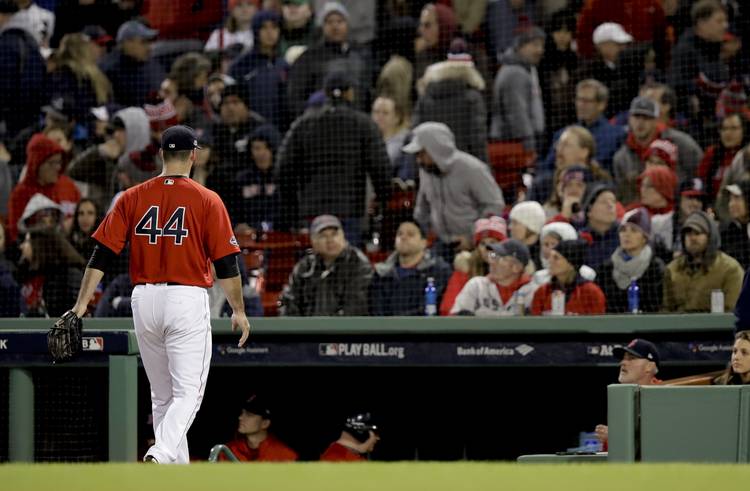 Boston Red Sox relief pitcher Brandon Workman leaves the field during the ninth inning of a postseason game against the Houston Astros on Oct. 13, 2018, in Boston. (AP Photo/Charles Krupa)

For the first time in four years, Texas can claim a World Series champion.

Brandon Workman, who pitched at Texas from 2008-10, is a member of a Boston Red Sox team that wrapped up the World Series with a win over the Los Angeles Dodgers on Sunday. San Francisco Giants first baseman Brandon Belt’s championship in 2014 had been the most-recent title for an ex-Longhorn.

Workman was not on Boston’s World Series roster, but he did pitch three times during the postseason. In 43 appearances during the regular season, the right-handed reliever was 6-1 with a 3.27 ERA.

The 30-year-old Workman also won a ring with Boston in 2013. He threw three times in that World Series.