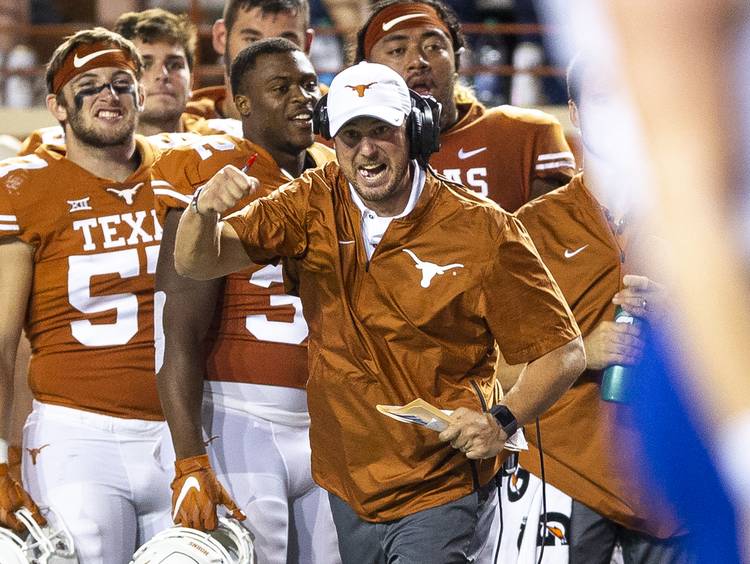 Four years after the creation of the College Football Playoff system, Texas is finally in the true top-25 rankings that determine the national championship.

The Longhorns (6-2, 4-1 Big 12) debuted at No. 17 in the first CFP rankings released by the playoff selection committee on Tuesday. It’s the first time UT has appeared in the rankings since the creation of the playoff system in 2014.

If the season ended today, No. 1 Alabama would face No. 4 Notre Dame in one semifinal. No. 2 Clemson would meet No. 3 LSU in the other. No. 5 Michigan and No. 6 Georgia are just sitting on the outside of the top four.

Is your team in? 👀 pic.twitter.com/CnmGi1MMVx

The rankings are updated on Tuesdays the rest of the season. The national semifinal pairings are determined on Dec. 2.

It’s hard to tell where coach Tom Herman’s club would have ranked had UT beaten Oklahoma State last weekend. The Horns can start climbing back into the mix this weekend. Texas hosts No. 13 West Virginia (6-1, 4-1) at 2:30 p.m. Saturday at Royal-Memorial Stadium.

Oklahoma landed seventh in the CFP rankings. A Texas-OU rematch in the Big 12 championship game is possible should both teams keep winning.