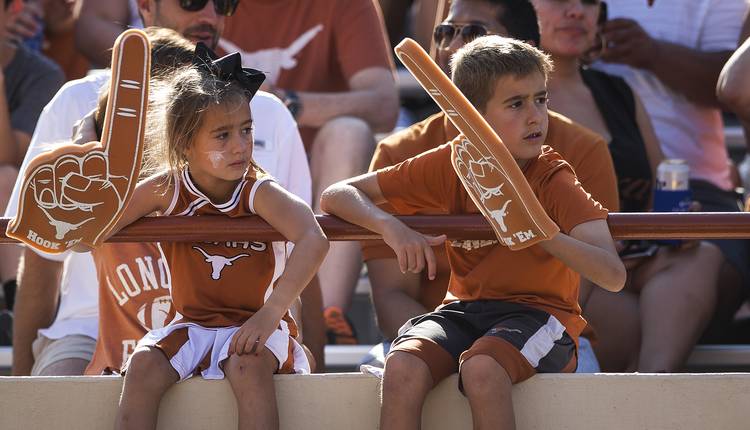 On Halloween, streets across the country were flooded with ghosts, superheroes and Fortnite characters.

A few kids, though, decided to dress as members of the UT football team. That means that some houses were visited by a trick-or-treating Sam Ehlinger and a mini-Dicker the Kicker.

Here are some of the Longhorn-inspired looks:

Jack dressing up as his hero @sehlinger3 for Halloween🐂🤘🏽🤘🏽🤘🏽Hookem Sam!! pic.twitter.com/eb8rvGJ0lc

The Texas football team also had fun on Halloween. In a video posted by the team’s Twitter account, junior linebacker Jeffrey McCulloch posed as a mannequin and spooked his teammates and coaches.

Beware. You never know who may be lurking. #ThisIsTexas #HookEm pic.twitter.com/9Ii16OHcW0