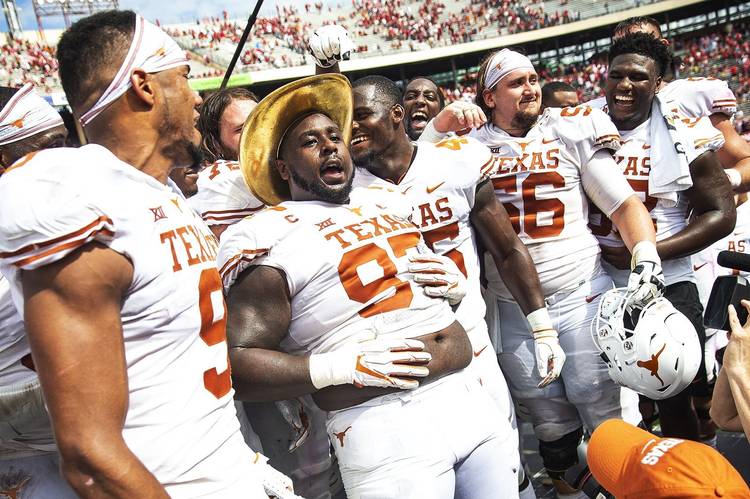 Texas fans will rub their bellies about some good injury news.

Defensive tackle Chris Nelson has been cleared to play Saturday against West Virginia despite an ankle injury suffered mid-week.

Nelson, a senior captain known for rubbing his tummy after big plays, had been ruled out on Thursday by coach Tom Herman. Initially, Herman said it was a freak injury but that Nelson would be available next week against Texas Tech.

Nelson has 23 tackles this season and two for loss.

Also on Saturday, the Longhorns hope to use linebacker Malcolm Roach (foot) for the first time in weeks. He was cleared to play in light duty against the Mountaineers. Roach was expected to be cleared for full action next week against the Red Raiders.

FOLLOW LIVE: No. 17 Texas falls to No. 13 West Virginia in dramatic finish