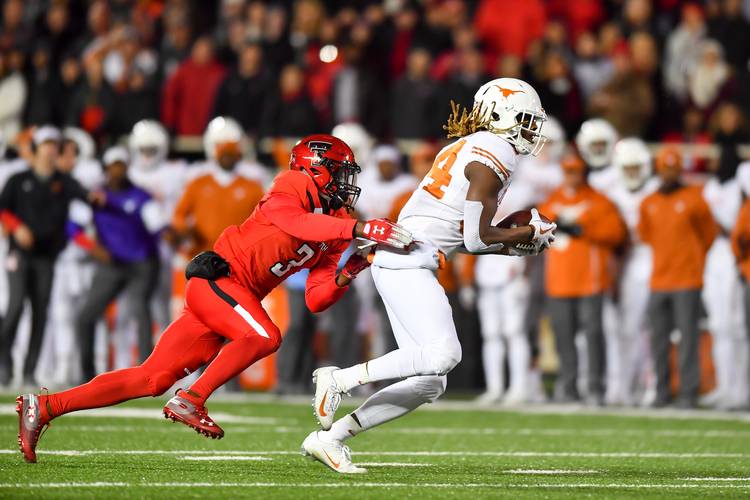 LUBBOCK, TX - NOVEMBER 10: Lil'Jordan Humphrey #84 of the Texas Longhorns tries to break the tackle of Douglas Coleman III #3 of the Texas Tech Red Raiders during the first half of the game on November 10, 2018 at Jones AT&T Stadium in Lubbock, Texas. (Photo by John Weast/Getty Images)