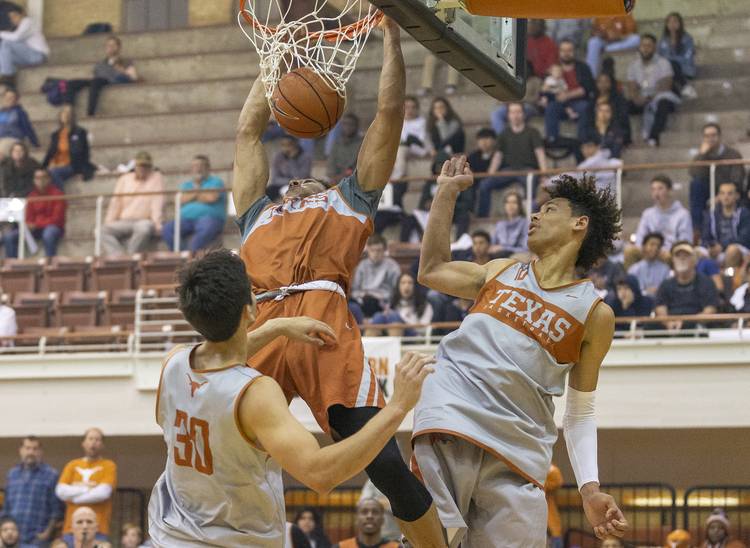 About the Longhorns: Players spent a lot of time during Saturday’s practice examining the second half against Arkansas when Texas went more than nine minutes without a field goal. The tempo slowed, G Kerwin Roach II said, and the Horns were 5-for-26 shooting. “Everybody wants to be an up-and-down team until they start running up and down,” Roach said. “Just keep growing, keep attacking. Keep that mindset.” Several players went bonkers watching Lil’Jordan Humphrey’s catch to beat Texas Tech in football. “We saw the catch by LJ and I was like, ‘Whoa!’ Everybody in Pluckers went wild,” G Courtney Ramey said.

About the Warhawks: Coach Keith Richard’s club is off to a 2-0 start having beaten Jackson State and Millsaps College. It’s a considerable step up when facing any Big 12 team. As in the past, ULM will want to get going from 3-point range. The Warhawks are shooting 42.2 percent from long range in their first two games. Graduate transfer Jontray Harris went to Reagan High School and spent the last two seasons at Oral Roberts. After Monday’s game, Texas will host The Citadel on Friday before going to Las Vegas to play North Carolina and either Michigan State or UCLA in the Las Vegas Invitational on Thanksgiving weekend. “These teams, they’re Division I teams, so you never know what to expect,” UT forward Jaxson Hayes said. “We just need to come out strong this week and be ready for Vegas.”

After climbing in the AP poll, No. 13 Texas to host another ranked rival at Royal-Memorial Stadium