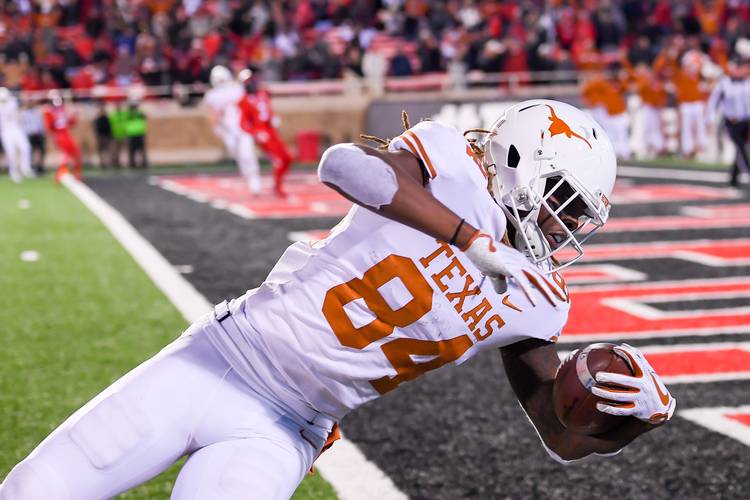 Lil'Jordan Humphrey #84 of the Texas Longhorns falls across the goal line and scores the winning touchdown with seconds left in the fourth quarter against the Texas Tech Red Raiders on November 10, 2018 at Jones AT&T Stadium in Lubbock, Texas. Texas defeated Texas Tech 41-34. (Photo by John Weast/Getty Images)

The Hookem.com crew looks back on the wild night in Lubbock, the state of the Longhorns’ defense, Lil’Jordan Humphrey’s catch and what lies ahead as UT prepares to host Iowa State.