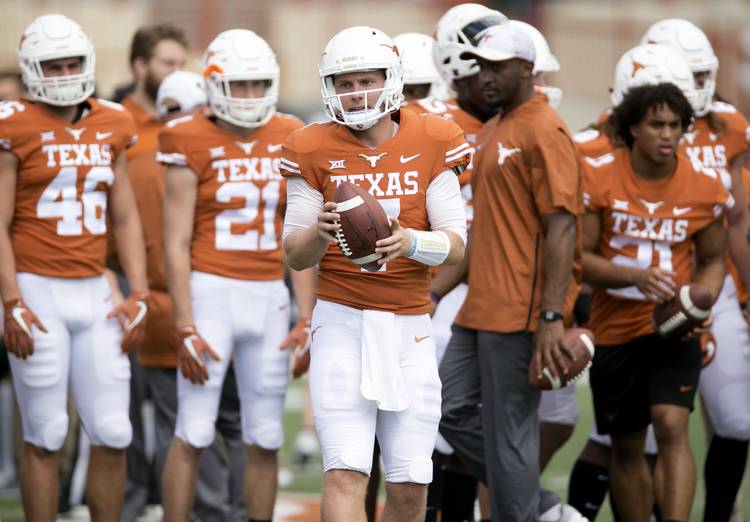 Junior Shane Buechele started at quarterback for the second half of UT’s game against Iowa State on Saturday night.

Sam Ehlinger appeared to hurt his shoulder on a 3rd-and-14 scramble at the end of the first half. After halftime, Buechele warmed up with UT’s other quarterbacks. Ehlinger returned to the sideline shortly after the second half’s kickoff and was seen throwing the football.

Texas has announced that Ehlinger is questionable to return.

A 19-time starter in his career, this is Buechele’s second appearance of the season. After Ehlinger injured his shoulder on UT’s first drive against Baylor on Oct. 13, Buechele entered the game and led Texas to a 23-17 victory. In that win over the Bears, Buechele threw for 184 yards and one touchdown.

Thank you, Okie State: Texas knocks off Iowa State 24-10, is one win away from a Big 12 title game berth