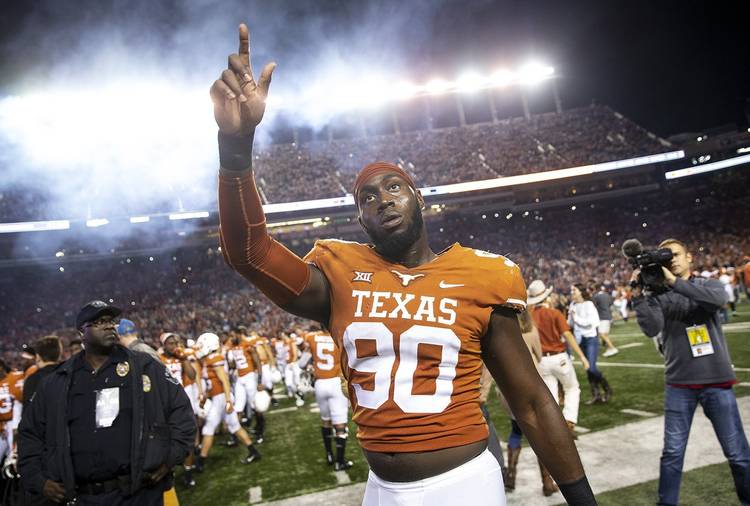 Kansas has a new head coach, and Texas has a higher spot in this week’s Associated Press Top 25 poll. This Friday’s matchup will not be your average regular-season finale.

But news about Kansas’ future will captivate the Big 12 world for the coming days.

Kansas athletic director Jeff Long announced the hiring of Les Miles as the program’s new head football coach on Sunday. Miles won 114 games in 12 years at LSU and led the Tigers to the 2007 national title. In a statement on Twitter, Long said Miles is “exactly what we need for  our program right now.”

Miles is 142-55 in 16 years overall as a head coach, which includes a four-year stint at Oklahoma State before a decade-plus run in Baton Rouge, La.

“His national reputation as a great recruiter and as a coach who student-athletes love playing for will enable us to break the cycle and return a winning tradition to @KU_Football,” Long tweeted. “We are thrilled to have @CoachLesMiles and his family as Jayhawks!”

Miles is scheduled to meet the Kansas media at 5 p.m. Sunday. The school announced he signed a five-year contract worth $2.775 million annually with retention bonuses due in November 2020 and 2022.

Texas coach Tom Herman will no doubt stress that Miles won’t be making any game-planning decisions for Friday’s game, though. Texas will have its hands full against a KU squad that just hung 40 points on Oklahoma in a losing effort in Norman, Okla.

“We’re 0-0 against Kansas,” Herman said after his team knocked off Iowa State, 24-10, at Royal-Memorial Stadium. “We know we’re going to get their best shot.”

Longhorn fans light up the night to ‘Don’t Stop Believin’