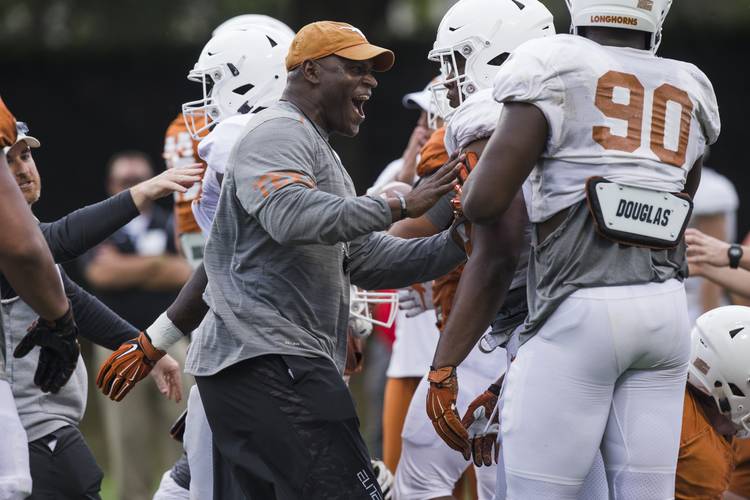 Texas added more beef to its 2019 recruiting class on Monday when three-star defensive end Myron Warren chose the Longhorns over TCU, Nebraska, Oregon and 25 other offers. The one-time TCU pledge de-committed from the Horned Frogs on Oct. 9, a day after receiving an offer from the Longhorns. He took a visit to Austin for the game against Iowa State and pulled the trigger to become the class’ 21st commitment.

Warren is a 6-foot-3, 240-pounder from Many High School in west Louisiana. He’s the 10th commitment in the class from outside of Texas. He joins T’Vondre Sweat and Peter Mpagi as the defensive line pledges in the class. Texas is also chasing JUCO product Jacoby Jones. Texas still wants to sign a true nose tackle prospect in the cycle if possible but can wait until 2020 if wanted because of the impending redshirts of Keondre Coburn and Moro Ojomo from the 2018 class.

Texas’ recruiting class is inching towards the top five in the country. The Longhorns signed the third-best class in the 2018 cycle. Expect Tom Herman’s program to sign at least 25 players in this class with most choosing to ink a national letter of intent when the early signing period starts on Dec. 19.

LISTEN: On Longhorn Confidential, would Tom Herman be at Texas without that Kansas loss?