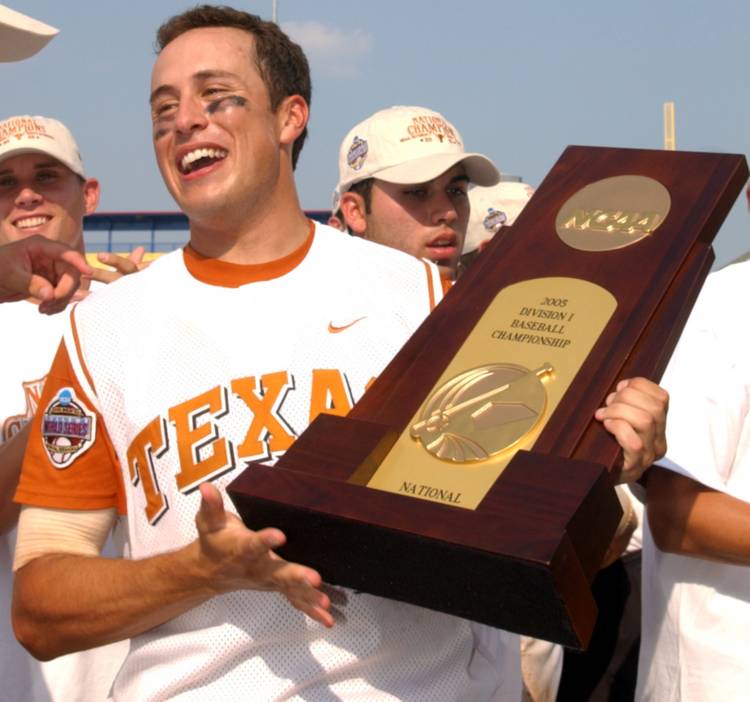 Seth Johnston takes his turn holding up the trophy after Texas defeated Florida at the NCAA Collage World Series at Rosenblatt Stadium in Omaha, Neb., on June 26, 2005. Matt Rourke/AMERICAN-STATESMAN

Texas has a new trophy case for the six championship trophies won by the school’s baseball team.

The Twitter account belonging to the UT baseball team unveiled the trophy case on Monday. The trophy case has been placed by the entrance at UFCU Disch-Falk Field. Built by Forty Nine Degrees, the trophy case still has room for four additional trophies.

Act natty. Gave these trophies the display they deserve.

Social reaction: Should Breckyn Hager have been reprimanded for trash-talking a rival?