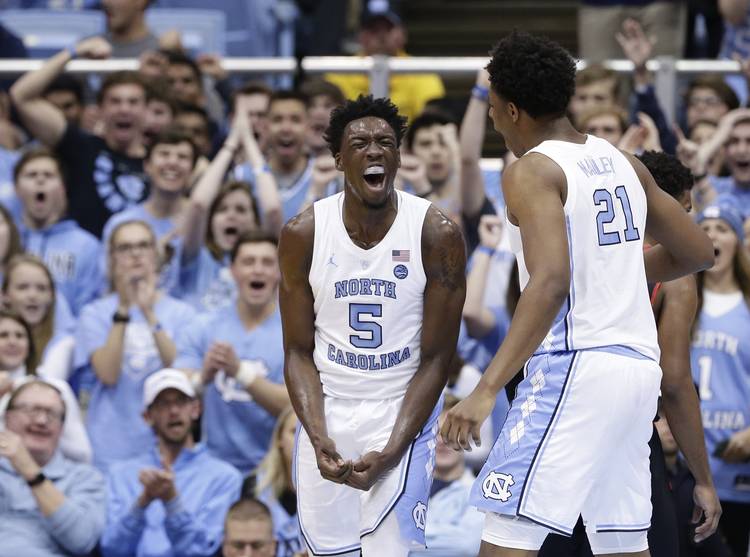 Texas vs. No. 7 North Carolina

About the series: Texas leads the all-time series 7-3. The last meeting was a barnburner at the Erwin Center. Javan Felix hit an 18-footer at the buzzer to give the Longhorns an 84-82 win. UT has won three straight and seven of the last eight in this series.

About the Longhorns: So far, there have been plenty of positives, according to Texas coach Shaka Smart. “I like that our guys have found ways to win games where we didn’t necessarily play our best for 40 minutes,” he said. The Horns are 4-0 in the rebounding battle and had more assists than turnovers in three out of four games. The team’s two seniors, Kerwin Roach II and Dylan Osetkowski, are leading the way offensively. “We still need to get better at the violence with which we move and cut and sprint the floor,” Smart said.

About the Tar Heels: Just like Texas, coach Roy Williams’ club has played lower-level competition with one game mixed in that got North Carolina’s attention, a 90-72 win over Stanford. Senior Luke Maye is well known and freshman Nassir Little was ranked the third-best recruit in the nation for 2018. Williams has been upset at his team’s propensity to turn the ball over early this season. “Not listening, not learning, all of those kind of things,” he told UNC reporters. “Coach (Dean) Smith used to say that turnovers are either selfishness or carelessness.”

Longhorns in the NFL: Week 11 sets stage for Colt McCoy start on Thanksgiving

Texas QB Sam Ehlinger goes through a full workout, will play vs. Kansas