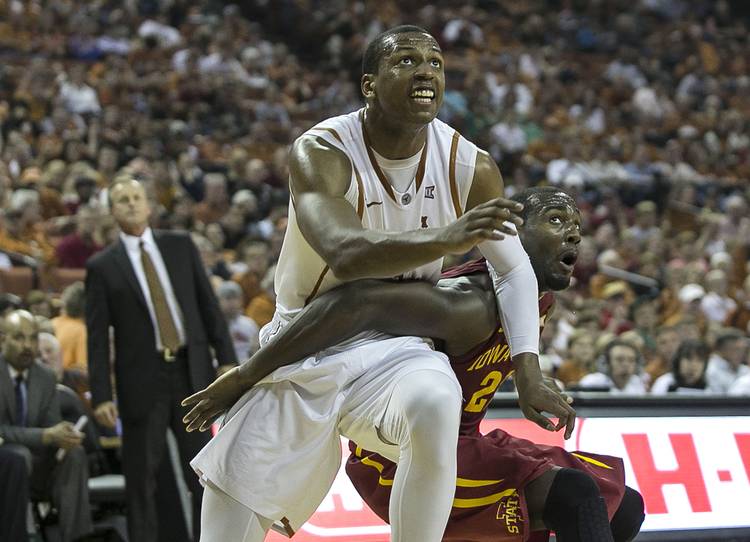 In a detailed, heartbreaking post on Instagram, former Texas men’s basketball player Jonathan Holmes wrote that he had been sexually abused and molested as a child, once had suicidal thoughts “and more pain than I can ever express.”

Holmes wrote that holding in this information for 15 years “has destroyed me.”

“Come out speak your truth no matter what,” Holmes wrote. “I’ve gone through depression, suicidal thoughts, and more pain than I can express. Not only (because) of what I went through but more so (because) of the pain and hurt that I have caused those that I truly love (because) of unresolved issues.”

Holmes could not be reached by the American-Statesman, however the message was posted on his verified Instagram page Friday morning. Holmes’ profile describes him as “Just a kid from Texas” with a link to a North Carolina-based church.

“I’ve given this a lot of thought about coming out and revealing this to the world, but it’s time,” Holmes wrote. “I am extremely sorry for the hurt and pain that I have caused anyone throughout the years (because) of the decisions I have made and things that I have said and done.

“I am a flawed individual with deep rooted issues that go back to childhood,” he continued. “As a child I was sexually abused and molested for years. I held it in for 15+ years and didn’t realize what it did to me subconsciously.”

Holmes, 25, wrote that this led to him drinking heavily and “self medicating” as early as his freshman year in high school. “The first time (I) told anyone I was 22 years old,” he wrote. “Through going to therapy and seeing psychiatrist I realized that what happened to me has unknowingly been a dark cloud over my life ever since.”

Born in Dallas but raised in San Antonio, Holmes played four seasons for the Longhorns from 2012-15 for coach Rick Barnes. His best season statistically was his junior year when Holmes averaged 12.8 points per game. Holmes is among the 37 players in UT history with more than 1,000 career points. He ranks 26th with 1,166 points.

Barnes coached the Longhorns for 17 seasons. He’s now in his fourth season at Tennessee.

“I love Jon Holmes as much as any of the players I’ve ever coached,” Barnes said. “To watch his growth these last couple of years, he’s a big Christian and that’s probably what’s given him the courage to do what he’s done. He talked about his platform, and I’m sure he’ll use it to bring about awareness.”

Barnes, a religious man himself, said for Holmes has incredible strength to talk about this burden. “God took control of him, and I do think God will use him in very powerful ways,” Barnes said.

“At my core I am a dope person with nothing but love and happiness and the people who truly know me know that for a fact,” Holmes wrote. “The purpose of this isn’t to have anyone feel bad for me or tell me how sorry they are for me. The purpose of this is to use the small platform that I have to give others who have gone through some of the same things confidence in knowing they aren’t alone.”

Holmes then apologized to his mother and father and other friends.

“To all my friends and people close to me that I’ve hurt through the years, I’m sorry,” Holmes wrote. “To 6 year old Jonathan Holmes, I’m sorry. Come out man. Don’t let abuse ruin your life no matter what the consequences for others may be. Including myself.”