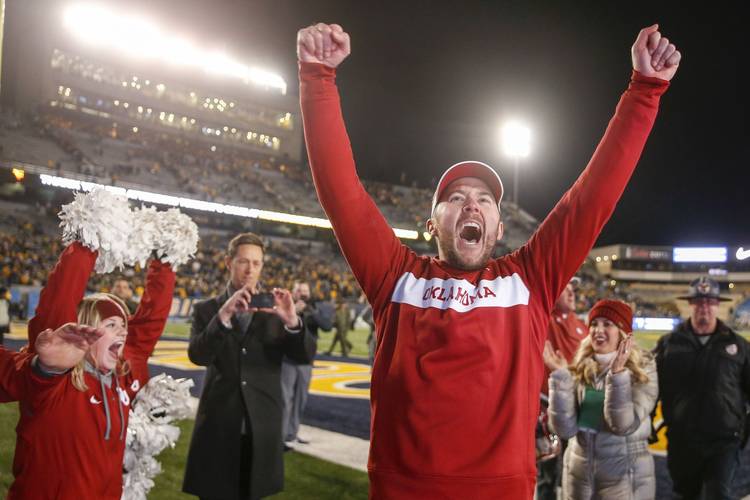 The Longhorns will meet the Sooners in the Big 12 championship game at 11 a.m. next Saturday at AT&T Stadium after a Black Friday with two de facto semifinal matchups.

No corny dogs, no State Fair this time. Everything is up for grabs, though.

Texas (9-3, 7-2 Big 12) clinched a spot in Arlington by knocking off Kansas 24-17 on Friday. That was a calm, sleepy experience compared to what happened at West Virginia in prime time.

In a game that featured 16 touchdowns and 1,372 total yards, Oklahoma somehow captured a 59-56 victory over West Virginia. The Sooners had two defensive touchdowns, and quarterback Kyler Murray completed 20 of 27 passes for 364 yards.

The Red River rivalry dates back to 1900, but next Saturday’s matchup is arguably one of the biggest ever. Texas and OU last played each other twice in the same year in 1903.

In Lawrence, Kan., Texas coach Tom Herman was apathetic toward UT’s next opponent. “No, we don’t care,” he said Friday. “We played them both, played them both very well. Unbelievable college games and hope to have another one in eight days.”