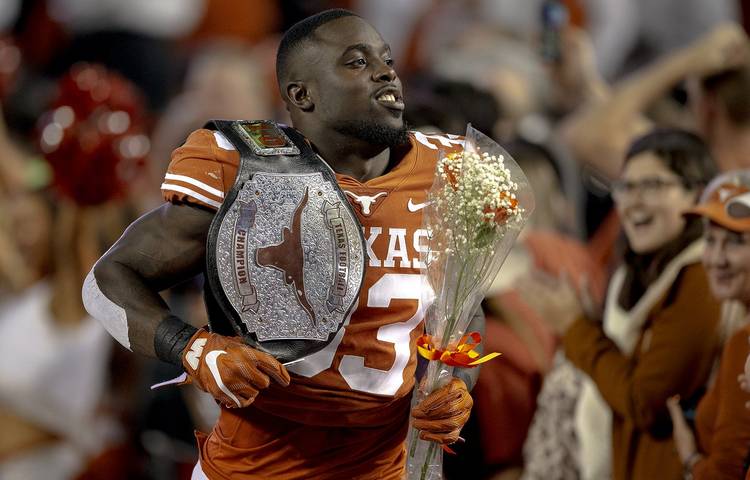 Johnson, who made the trip to Lawrence, leads the Longhorns with his 74 tackles and 14 stops for a loss. He also has registered sacks in four of UT’s last five games. Johnson is also one of two Longhorns to win the Big 12’s defensive player of the week award in 2018.

On UT’s depth chart, freshman DeMarvion Overshown sit behind Johnson at the rover linebacker position.  Texas (8-3, 6-2 Big 12) is attempting to secure a spot in the Big 12’s championship game. Kansas (3-8, 1-7) is wrapping up its season on Friday.