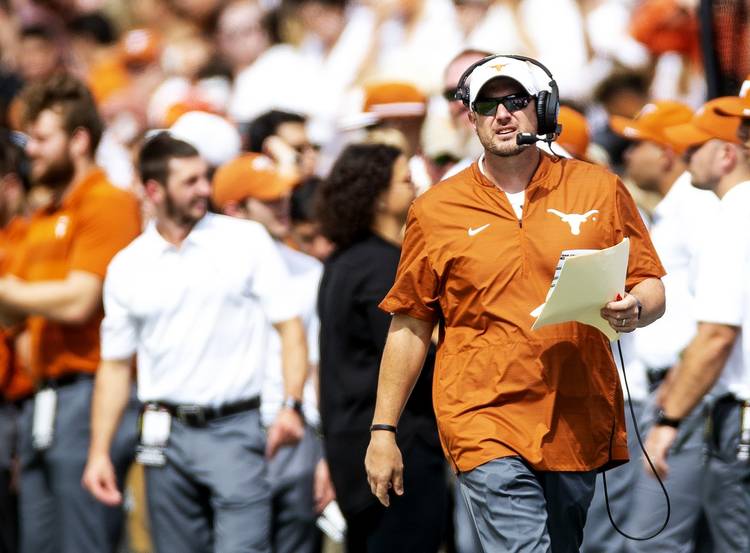 Texas head coach Tom Herman watches a replay against Oklahoma at the Cotton Bowl in Dallas on Oct. 6, 2018. [NICK WAGNER/AMERICAN-STATESMAN]

Texas coach Tom Herman talks about facing Oklahoma for a second time this season in the Big 12 championship game at AT&T Stadium and how he’s guided the Longhorns to the brink of a league title.