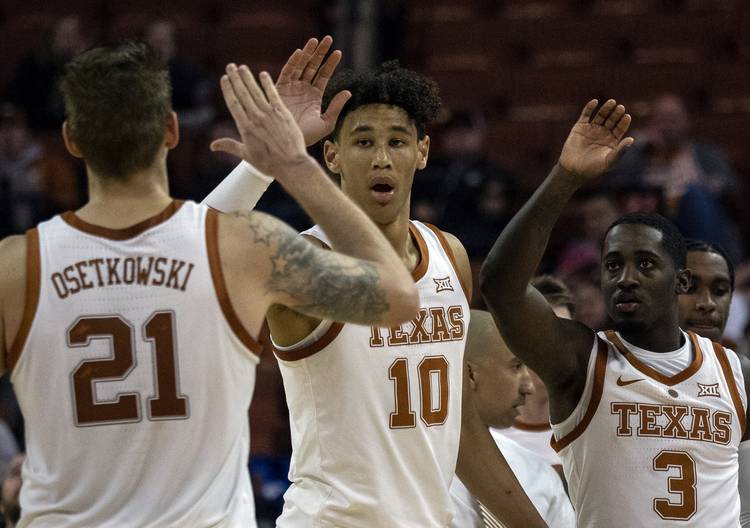 Texas freshman Jaxson Hayes (10) has been a hot hand coming off the bench; the freshman has made his last 18 shots, a span of three games dating back to the very end of the VCU game on Dec. 5. [Rodolfo Gonzalez for AMERICAN-STATESMAN]

Texas freshman Jaxson Hayes was named the Big 12’s newcomer of the week for the second consecutive week, the league announced Monday.

Hayes averaged 13 points, six rebounds and three blocks in games against North Carolina and Michigan State last week in Las Vegas. He was 9-for-11 shooting in the two games and 8-for-10 from the free-throw line.

Hayes has given the Longhorns a terrific spark off the bench. For the season, Hayes is averaging 10.5 points in 21.7 minutes per game.

“He is what we thought he was, to use a Dennis Green saying,” UT coach Shaka Smart said. “Here’s a guy who went from averaging six minutes a game his junior year (in high school) to first-team all-state his senior year. When you have that type of trajectory before you get to college, it’s not surprising you’re going to get even better.”

Ann Conradt, mother of Hall of Fame coach, dies at 97