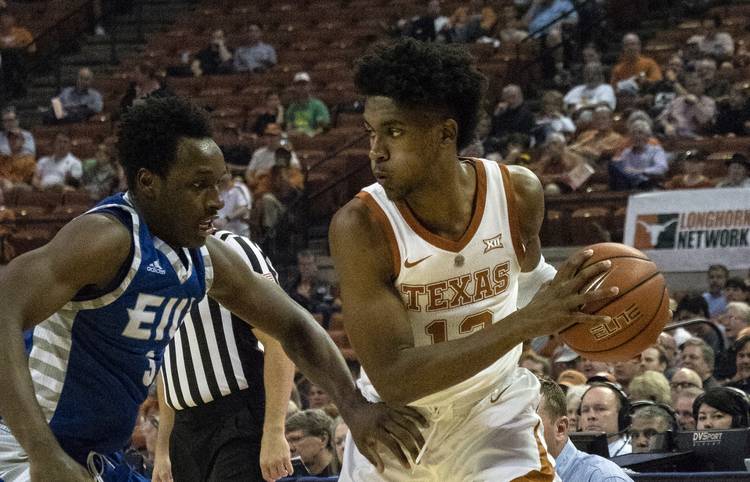 About the series: First meeting.

About the Longhorns: Shaka Smart’s squad made its first foray into The Associated Press Top 25 rankings this week at No. 17. It’s the highest the Longhorns have been in Smart’s four seasons in Austin. The offense got a shot of confidence by scoring 92 points against North Carolina in Las Vegas. “That just helped the team knowing we can compete with anybody,” guard Jase Febres said. Freshman Jaxson Hayes has been named the Big 12 newcomer of the week twice already this season. He’s averaging 10.5 points and 6.0 rebounds while shooting a team-high 68.6 percent as a spark off the bench.

About the Highlanders: Radford may not be a common name, but it’s one of the top smaller conference teams out there. Coach Mike Jones’ club was picked to win the Big South title this season with a veteran lineup that returned almost 80 percent of its scoring from last season. Carlik Jones, a sophomore from Cincinnati, averages 19 points off the bench. Ed Polite Jr. is only the fifth player in school history with 500 rebounds and 100 blocks in school history. It’s also a squad that will test UT’s perimeter defense. Radford ranks among the top 20 in 3-point shooting percentage (.423).