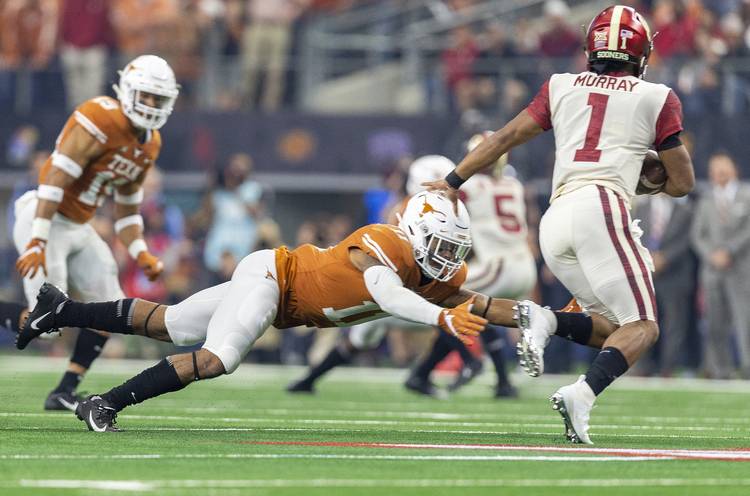 It doesn’t get much better than this. Texas versus Oklahoma for the Big 12 championship, the first winner-take-all matchup in the 118-year history of the Red River rivalry.

At the end of Saturday’s tilt between the No. 14-ranked Longhorns (9-3, 7-2) and the No. 5 Sooners (11-1, 8-1), one team will walk away with the trophy. For Oklahoma, the game could be a play-in for the College Football Playoff. Texas can play spoiler, and book a spot in one of the New Year’s Six Bowls.

It’s all on the line, with kickoff at 11 a.m. inside AT&T Stadium in Arlington. Follow along with live updates, photos and analysis from American-Statesman reporters Brian Davis, Danny Davis, Suzanne Halliburton, Kirk Bohls and Cedric Golden by clicking the link below.