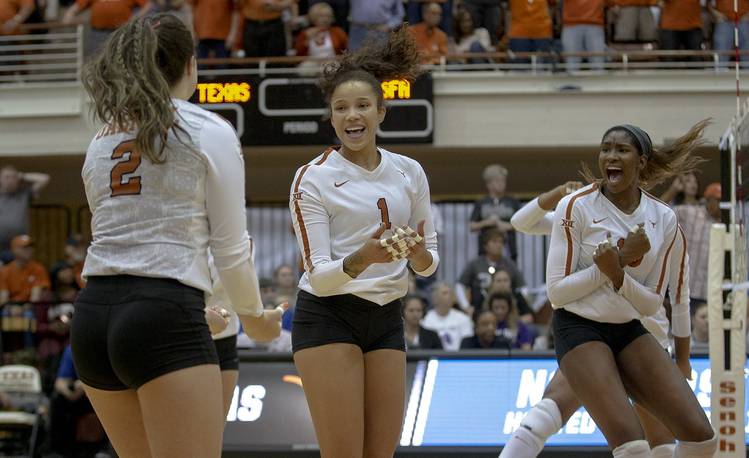 All that is currently standing between Texas and the Final Four are Wolverines and either some Gators or Cougars.

Texas will travel to Utah this upcoming weekend for the regional section of the NCAA Tournament. The No. 5 Longhorns (22-4) will face No. 18 Michigan (24-9) at 3 p.m. CST on Friday in an ESPNU-televised match played at BYU’s George Albert Smith Fieldhouse. The host Cougars, who are ranked fourth and 29-1 this season, and No. 16 Florida (26-6) will battle in the other regional semifinal match.

The winners of those two matches will decide who advances to the Final Four at 5 p.m. CST on Saturday. This year’s Final Four will be held in Minneapolis.

Point Texas for the Sweet 16 🤘 pic.twitter.com/VQcWsafhIY

Texas is off to a strong start this postseason. This past week, the Longhorns swept both Stephen F. Austin and Texas State in matches that were played in Gregory Gym.

The Longhorns are making their 13th straight appearance in the Sweet 16. Texas won the NCAA’s title in 2012 and reached the Final Four every year from 2012-16. Last year, however, UT was upended by Stanford in a regional final.