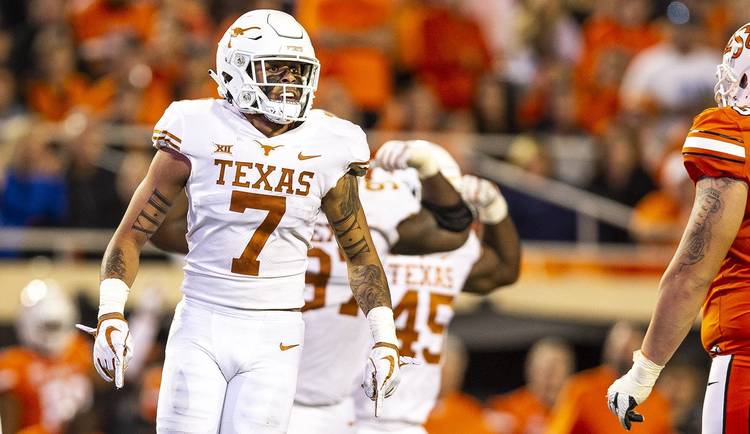 An MRI revealed that Texas safety Caden Sterns will not need surgery for a lower leg injury suffered in the Big 12 championship game, the school announced Tuesday. Sterns is expected to play in the Sugar Bowl.

Sterns left the game in the second quarter and did not return. He was later seen back on the field on crutches and wearing street clothes. Sterns finished with three tackles against Oklahoma.

Also, defensive end Breckyn Hager cut his hand “in an accident Saturday after the game,” according to a UT statement. No other information was given.

Also, Texas confirms that DE Breckyn Hager cut his hand “in an accident Saturday after the game.” He’s expected to play in NOLA. He posted this on Instagram and deleted it. pic.twitter.com/6mrmr6SooF

Hager is being treated and expected to play in the Sugar Bowl. The senior posted a gruesome photo on Instagram that showed massive cuts on his knuckle and thumb to his left hand. “Take notes on my pain,” Hager wrote on the post that was later deleted.

Hager, who proclaimed “OU sucks” and then had just one tackle against the Sooners, deleted his Twitter profile shortly after the game.