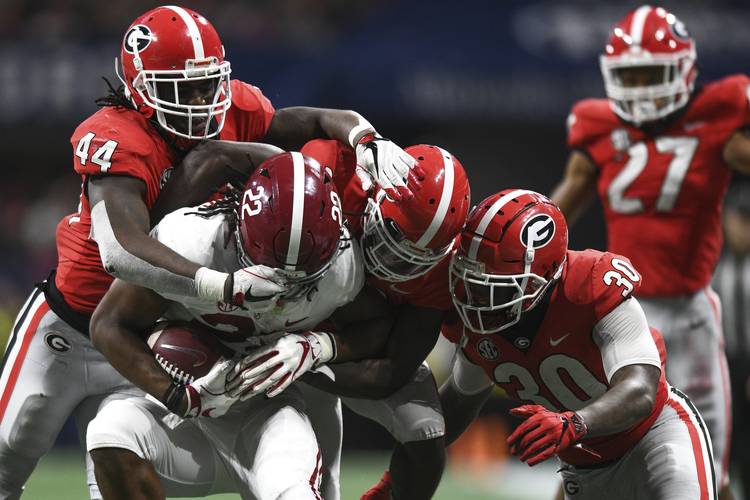 Texas and Colorado haven’t played since 2009, but the Buffaloes may have inadvertently impacted the next game on UT’s schedule.

Colorado has hired Georgia defensive coordinator Mel Tucker to be its next head coach. In a press release announcing the hire, Colorado stated that Tucker will not coach in Georgia’s bowl game. The Bulldogs are set to meet Texas in the Sugar Bowl on Jan. 1, 2019.

A new coach helping his old team prepare for a bowl game is not uncommon. Maryland’s Mike Locksley, who guided Alabama’s offense this season, and Texas State’s Jake Spavital, the ex-West Virginia offensive coordinator, plan on juggling jobs throughout this postseason. Last season, Scott Frost coached Central Florida in the Peach Bowl a month after he took over at Nebraska. Others, though, like Louisville hire Scott Satterfield and Texas Tech newcomer Matt Wells are immediately moving on from Appalachian State and Utah State ahead of this bowl season.

Tucker has spent the past three seasons as Georgia’s defensive coordinator. This year, the Bulldogs are allowing 18.5 points per game. Georgia ranks 15th nationally in passing yards allowed (180.5 yards per game) and is 28th in rushing defense (130.6 yards per game).

Texas is scoring 31.3 points per game. The Longhorns have been held under 30 points in each of their last three outings.

UPDATE: Georgia’s defense wasn’t hit with two losses on Wednesday. Senior cornerback Deandre Baker told reporters that he will play in the Sugar Bowl. This season, Baker has been named a Thorpe Award finalist and a first-team honoree on the SEC’s all-conference team.

#UGA CB Deandre Baker says he will play in the Sugar Bowl. Says he wants to finish his career with a win. pic.twitter.com/Y23XVF7jnx

The Whys of Texas: If everyone had stayed, would the Longhorns be in this year’s CFP?

At The Buzzer: Virginia Commonwealth 54, Texas 53