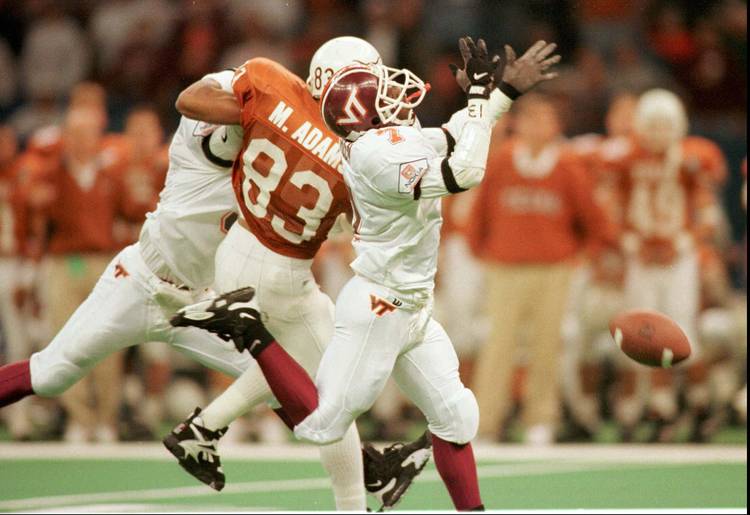 On New Year’s Day, Texas and Georgia will be the featured attractions in the New Orleans-hosted Sugar Bowl.

This will mark UT’s fourth-ever appearance in the Sugar Bowl. The Longhorns have visited only the Cotton Bowl (22 times), the discontinued Bluebonnet Bowl (six times) and the Holiday Bowl (five times) more often. Texas has also been invited four times to the Sun Bowl.

Here is a look back at the other three times that Texas has visited New Orleans during bowl season:

UT has only retired the numbers belonging to six football players, and the final collegiate game for one of those legendary Longhorns was the 1948 Sugar Bowl. Bobby Layne led Texas to a win with his 183 passing yards, 51 rushing yards and two touchdowns. Defensively, No. 5 Texas held the sixth-ranked Crimson Tide to 103 yards of offense. The Longhorns also scored on Lew Holder’s interception return and a blocked punt.

The 1948 Sugar Bowl featured two quarterbacks who would be the first (Alabama’s Harry Gilmer) and third (Layne) picks of the 1948 NFL Draft. Texas receiver Ralph Blount, who caught a touchdown pass, was later quoted by New Orleans sports historian Marty Mule as saying “That was the first year they gave out the MVP award, and I seem to recall walking into Pat O’Brien’s and seeing ol’ Bobby drinking Hurricanes out of that trophy.” Replied Layne: “I don’t remember that…but I guess it’s possible.”

Texas had no answer for Ray Brown and No. 7 Ole Miss, which never looked back after building a 26-0 lead at Tulane Stadium. A quarterback, Brown ran for 1- and 92-yard touchdowns and threw a 3-yard scoring pass. He also intercepted three passes for the Ole Miss defense and averaged 34.7 yards per punt.

The 32-point loss closed out Darrell Royal’s first season as head coach of the Longhorns. Trailing only a 52-13 defeat against Oklahoma in 1973, the 1958 Sugar Bowl was the second-most lopsided loss of Royal’s Texas tenure.

Texas and Virginia Tech met on New Year’s Eve in 1995, but the Longhorns entered the new year on a negative note. Led by quarterback Jim Druckenmiller, Virginia Tech’s offense totaled 371 yards. The Hokies’ Bryan Still scored on a 54-yard reception and a 60-yard punt return.

Texas scored the game’s first 10 points, but the team was shutout after Phil Dawson hit a 52-yard field goal with 13:19 left in the second quarter. Virginia Tech sacked Texas quarterback James Brown five times. Brown also threw three interceptions and lost a fumble that was returned by Virginia Tech for a touchdown.

Just over three years ahead of being drafted by the New Orleans Saints, freshman Ricky Williams led UT at the Louisiana Superdome with his 62 rushing yards. Dawson’s field goal is still the second-longest kick by a Longhorn in a bowl game. Yet the biggest headline for Texas was created off-the-field. It was discovered in the lead-up to the game that reserve defensive back Ron McKelvey was actually a 30-year-old who had duped the Longhorns with a fake identity.

On Second Thought Ep: 120 AJC’s Mark Bradley answers: Will Georgia be down in Sugar Bowl vs underdog Texas?