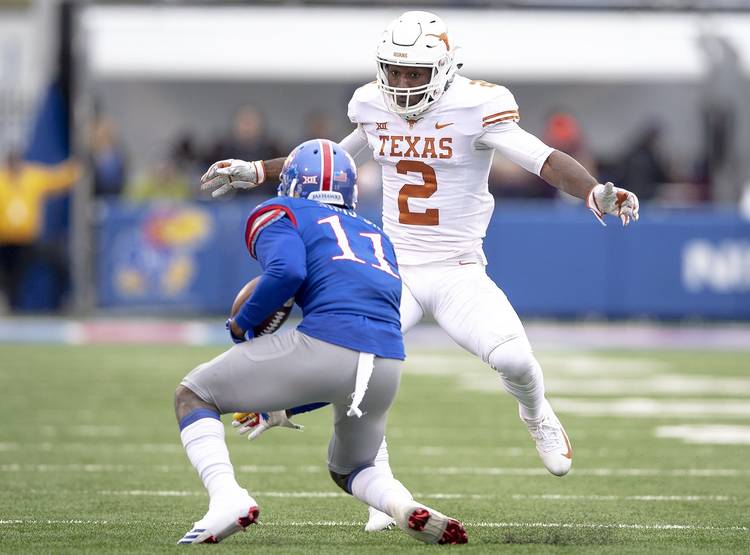 Five Longhorns have been recognized by the Associated Press for their work on the football field this season.

The American-Statesman’s Kirk Bohls and Suzanne Halliburton are members of the AP’s voting panel.

Advertisement
While often drawing an opposing team’s top receiver, Boyd has broken up 16 passes in his final year as a Longhorn. Omenihu’s 9.5 sacks lead the conference, and Sterns’ four interceptions have tied a freshman-class record at Texas. Johnson was suspended for UT’s regular-season finale but still leads the team with his 85 tackles.

Shackelford has started nine times during his junior year. UT is averaging 31.1 points and 415.6 yards per game, and the Longhorns have yielded 25 sacks. (Over last year’s 13-game season, UT averaged 29.5 points and 398.5 yards while allowing 34 sacks.) Earlier this season, Texas coach Tom Herman said of Shackelford that “there’s no doubt who the leader of that (offensive line) is.”

Four of the aforementioned Longhorns added to their resumes on Friday. Last week, the Big 12 coaches placed Omenihu, Sterns, Boyd and Johnson on their honor roll. Texas tight end Andrew Beck and kicker Cameron Dicker also made that cut.