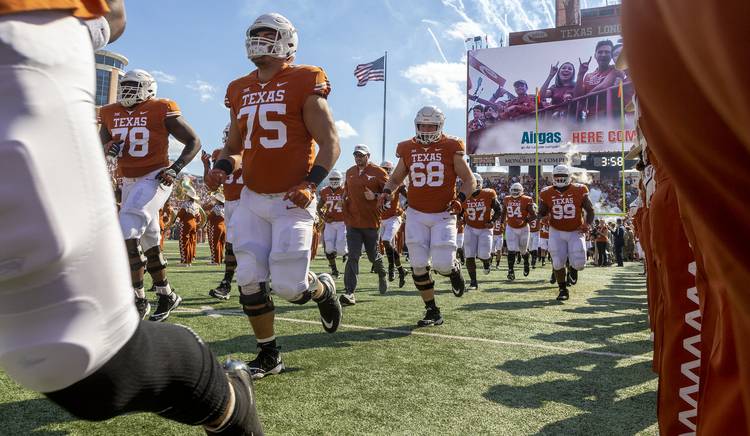 Texas takes the field before a game against Iowa State at Royal-Memorial Stadium on Nov. 3, 2018. [Stephen Spillman/for American-Statesman]

Texas’ upcoming appearance in the New Orleans-hosted Sugar Bowl will no longer be a homecoming for Michael Williams.

Williams, a freshman defensive lineman, has left the Longhorns. 247Sports reported on Williams’ transfer this past weekend, and Texas later confirmed the news with multiple media outlets. Williams has since been removed from the UT roster.

Texas DT Michael Williams, a freshman from Baton Rouge, has left the team and transferred. This has been percolating for days, but it's now official, per UT.

Williams was a three-star recruit from Baton Rouge, La., when he joined UT’s 2018 recruiting class. Said Texas coach Tom Herman this past February: “Mike Williams is a guy, again I told you last year who I think might be a sleeper, this guy I loved his film. … Whoa, that’s a really, really flexible, athletic dude.” The 6-2, 275-pound Williams, however, never appeared in a game for the Longhorns.

The departure of Williams comes after the announced transfer of running back Toneil Carter. UT has depth in its backfield, so the loss of Williams may be more notable. Seniors Charles Omenihu, Breckyn Hager and Chris Nelson, who have accounted for 38 of the 40 starts on UT’s defensive line this season, will play in their final games when UT meets Georgia in the Sugar Bowl. The 2019 recruiting class for Texas currently has commitments from four defensive linemen.

JUCO outside linebacker Caleb Johnson commits to Texas for 2019