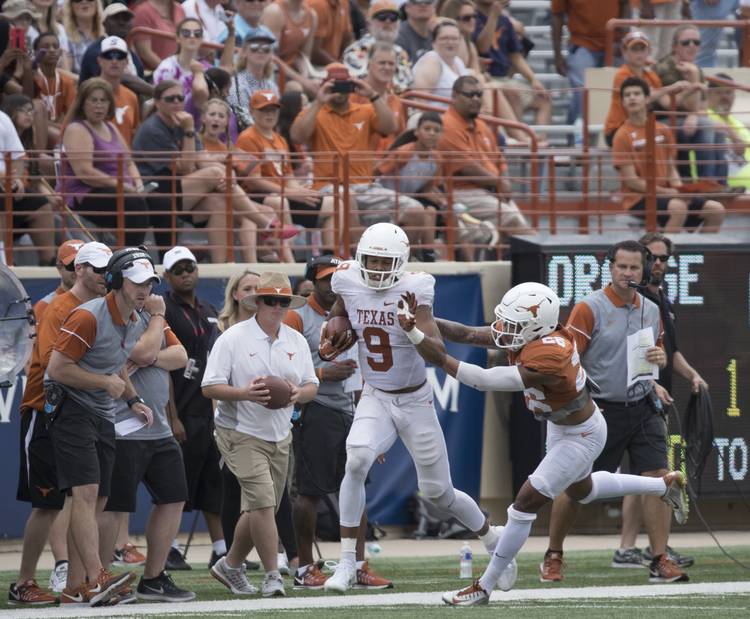 Texas receiver Collin Johnson (9) fights for yardage against defensive back Eric Cuffee during a spring football game at Royal-Memorial Stadium on April 15, 2017. RICARDO B. BRAZZIELL/AMERICAN-STATESMAN

Cuffee left UT’s football program during this year’s fall camp. He instead spent this season at Trinity Valley Community College in Athens.

The six-foot, 195-pound Cuffee was a four-star prospect out of Waco High when he signed with Texas in 2016. He never appeared in a game for the Longhorns. Cuffee played in seven games this fall, and he registered 13 tackles and a pass break-up.

Cuffee, who redshirted during the 2016 season, will have two years of eligibility remaining when he joins the Lobos.

JUCO outside linebacker Caleb Johnson commits to Texas for 2019