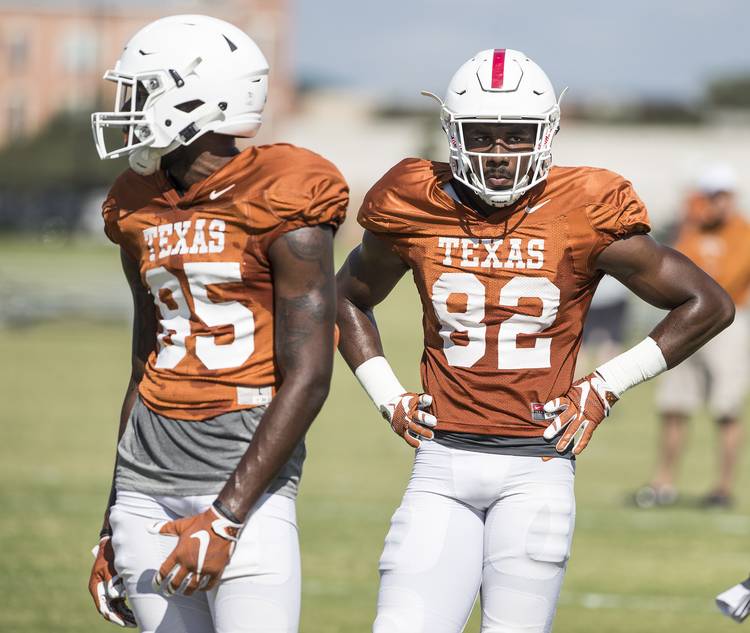 Two of UT’s freshmen were injured last week as the Longhorns prepared for its meeting with Georgia in the Sugar Bowl.

Al’Vonte Woodard and Moro Ojomo both suffered injuries in practices last week, the school announced on Tuesday. Woodard, a receiver, sustained a sprained shoulder while Ojomo, a defensive lineman, sprained his ankle. Texas said in a press release that while Woodard and Ojomo are currently rehabbing those injuries, there is hope that both players will return in time for the Sugar Bowl on Jan. 1, 2019.

On Tuesday, Texas also stated that receiver Malcolm Epps’ freshman season had been ended by a broken collarbone. In its release, Texas said Epps had surgery to repair the injury “a few weeks ago.”

Read more: Still bitter about the loss to Oklahoma, Texas gets a chance for redemption vs. Georgia

Woodard has yet to play in a collegiate game. Ojomo, though, provided depth in UT’s late-season games against West Virginia and Oklahoma. Epps played against Texas Tech and Iowa State, and his first and only catch this year was an impressive 18-yard grab in Lubbock. All three players were members of the Longhorns’ 2018 recruiting class.