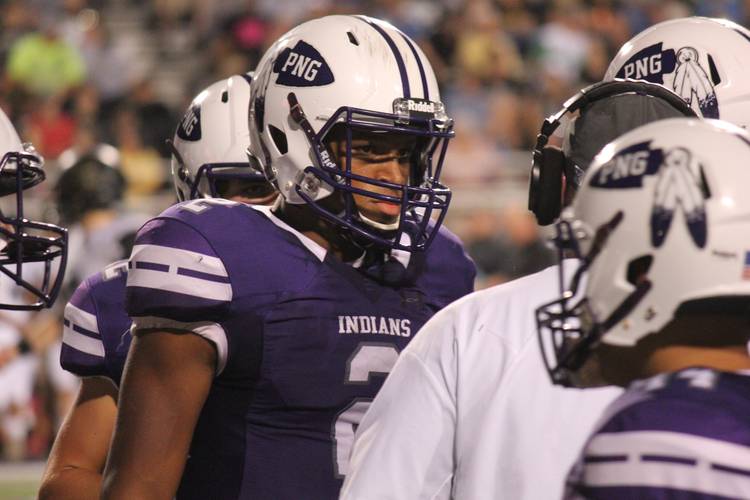 During Tom Herman’s first season in Austin, UT listed only two quarterbacks (and a quarterback-turned-receiver) among its scholarship recipients. That won’t be the case in 2019.

After signing four-star prospect Roschon Johnson on Wednesday, Texas anticipates having its 2019 depth chart populated with five quarterbacks who have earned scholarships. Sam Ehlinger has compiled 3,584 yards of offense, 38 touchdowns and 13 starts during his sophomore season. Junior Shane Buechele has twice been effective in relief this fall. Freshmen Cameron Rising and Casey Thompson have yet to make their collegiate debuts.

Buechele, Rising and Thompson can all use this year as a redshirt season. Due to a new NCAA rule, eligible players can appear in four games without burning a redshirt.

Texas has had two players transfer this month. Neither of those reserves, though, play quarterback. In fact, Herman answered in the affirmative on Wednesday when he was asked about the expectation of having all five quarterbacks go through spring drills at Texas.

“They all think they’re good enough to be the starter. Quite frankly, probably they all are at certain times,” Herman said. “Iron sharpens iron. That competition in that room is going to make all of those guys better. I’m excited to watch the development of all the guys in that room.”

Johnson will enroll early at Texas. A three-time all-district honoree at Port Neches-Groves High, Johnson passed for 7,710 yards and ran for 4,900 yards in his high school career. Last year, Johnson accounted for 10 touchdowns during a Class 5A, Division II playoff game.

Roschon had never made a B in high school until this semester. He’s a tremendous leader. I know his head coach, Brandon Faircloth, very well. We go way back, I mean way back. He told me a story of a game. I believe I’m getting the story right. They won the game, as they did throughout most of Roschon’s career, but I think he had missed two out routes or something like that. Coach Faircloth comes in Saturday morning very early to grade the film, I believe it was like 7 in the morning. He looks out on the field, and there was Roschon out there by himself throwing that exact same out route into a net. I think he did it a hundred times. Just kind of speaks to the perfectionist, the competitor that he is.”