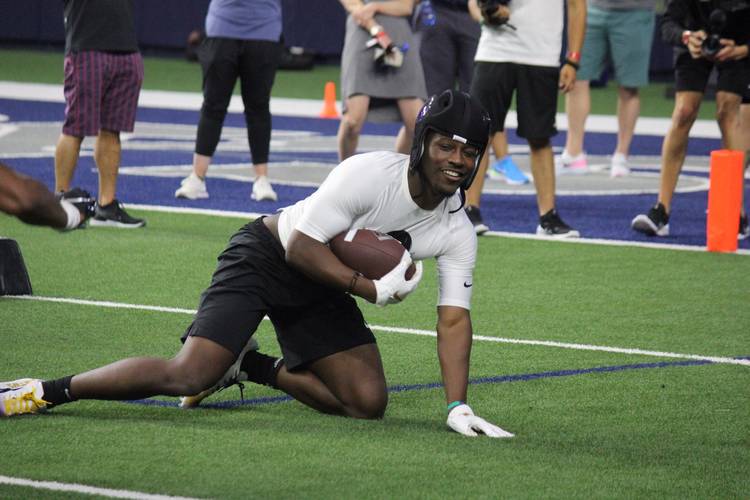 Alabama inked its next workhorse running back Wednesday afternoon when five-star Trey Sanders picked the Crimson Tide over Georgia and Texas. The nation’s top running back said he wanted to win a Heisman Trophy and that Alabama was the best place for him to achieve his goals during his announcement on ESPN2.

The Longhorns had high hopes of landing at least one of the duo from IMG Academy in Florida. Cain started his high school career at Denton Guyer. Sanders gave real thought to committing to Texas after a successful official visit earlier in the football season. The lure of the SEC was too much in the end for Sanders.

Texas signed one running back on the first day of the early period when four-star Derrian Brown of Buford High School in Georgia sent in his national letter of intent early in the morning. He’ll be asked to immediately offer depth with only Keaontay Ingram and Danny Young returning with any real experience at running back.

Texas is in good position with 2020 running back Zachary Evans and is likely to explore the grad transfer market for a running back prior to the 2019 season unless a prep product remains available after the early signing period concludes on Friday afternoon.